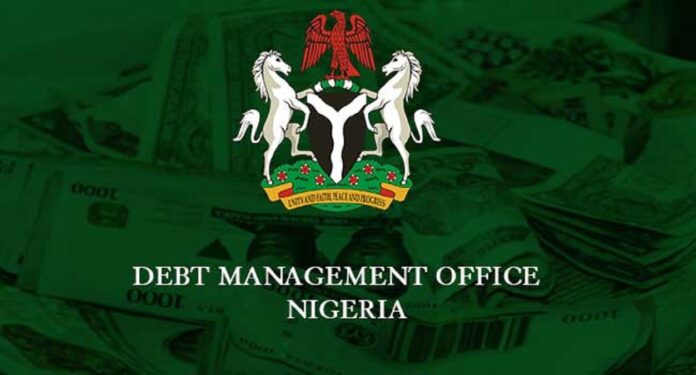 The Debt Management Office (DMO) has described as false and outright lies a report published in a major Nigeria Newspaper of an alleged N1 billion fraud in the organization.

In a statement on Saturday, the DMO said the Vanguard story titled “Alleged N1.08 billion corruption scandal hits DMO” is a twisted and distorted information designed by the purveyors to discredit the credible image of the Office.

“The DMO hereby states unequivocally that the story is false, full of lies and the documents referred to in the Vanguard’s report have been twisted and distorted with the intention to misinform the general public and discredit the institution. The Vanguard story is not a true representation of the dealings in the DMO,”

It should be noted that the “DMO is an accountable, transparent and responsible organization that works in accordance with laid down civil service procedures and it is highly regarded by Multilateral Agencies and financial institutions as a reputable Government Agency,” the statement said adding that “the sponsors of the story are disgruntled elements who have not only breached the Civil Service Rules but have also contravened laid down procedures for dealing with official matters”.

The DMO further states that those who authored the false documents “have resorted to illegally leaking official documents due to their recent redeployment” and “colluded with other disgruntled persons who have failed in their attempts to control the running of the affairs of the DMO, which has blocked their ability to pilfer public funds”.

The office noted that “the story referred to documents that, on their own, are incomplete and do not reflect the whole story or the purpose of any transaction. The claims that events and travels by officials of the DMO either did not take place or did not hold are false and an attempt to discredit the impeccable records of the organization. These speak to their desperation to give the institution a bad name”.

“It is unfortunate that a reputable news medium such as Vanguard would lower its guard by allowing its platform to be used to promote falsehood by disgruntled and fraudulent elements in the DMO without cross-checking with the management of the organization”.

“The DMO, in line with laid down Civil Service Regulations, will brief relevant security agencies in the country to thoroughly investigate the sources of the documents, on which the sponsors based their story, with a view to bringing the perpetrators to bookin line with Public Service Rules No. 030401 and 030402 which prescribes dismissal for unauthorized disclosure of official information as a serious act of misconduct”.