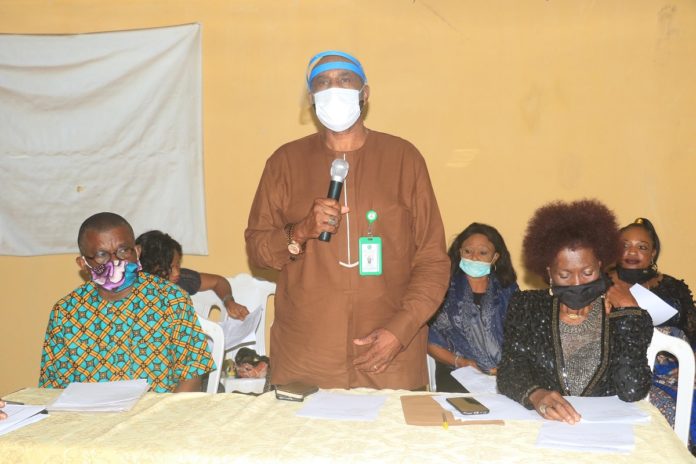 The Governor of Imo State, Senator Hope Uzodimma has vowed to apply openness, transparency and accountability in all government processes and dealings. He has also promised to ensure that all rules and regulations guiding Imo Public Procurement and Price Intelligence (PPPI) are applied to the letter in the execution of all government projects.

The Governor spoke on Tuesday at the opening ceremony of Bid-Opening Process of the UBEC/IMSUBEB Intervention Projects held at the Conference Hall of Imo State Universal Basic Education Board headquarters on Port-Harcourt Road, Owerri.

Governor Uzodimma who was represented at the event by the Commissioner for Education, Prof. Bernard T. O. Ikegwuoha, assured the contractors who gathered for the biding that the required counterpart-fund for the project has been fully paid by the State and that the project will start from the beginning to the end without interuption.

He promised that no contractor will be owed so long as all contract agreements and processes are duly followed, and enjoined would-be successful contractors to ensure they play their part properly.

Prof. Ikegwuoha explained that the school building which will be six classrooms block in the 305 Independent National Electoral Commission (INEC) wards of Imo State will be of international standard with ICT Computers, Water Borehole, a First Aid clinic with a nurse and a kitchen for the home grown feeding for the primary school pupils. It will also have administrative offices for the Headmistress and Assistant Headmistress, all geared towards provision of qualitative education to Imo children.

In her address, earlier, the Acting Chairman of Imo State Universal Basic Education Board (IMSUBEB), Mrs. Stella Ukagba said that the board is poised to follow due process to ensure successful completion and implementation of the intervention projects, assuring that with payment of the counterpart fund and calibre of contractors registered with her office the project will be completed in three months.

She thanked the Governor for his concern and efforts in attracting the projects, and promised that, with cooperation of her diligent staff, Imo people will not be disappointment.

The biding ceremony which involved the Technical and Financial bid opening started with the technical bid registration involving all submissions by the contractors.