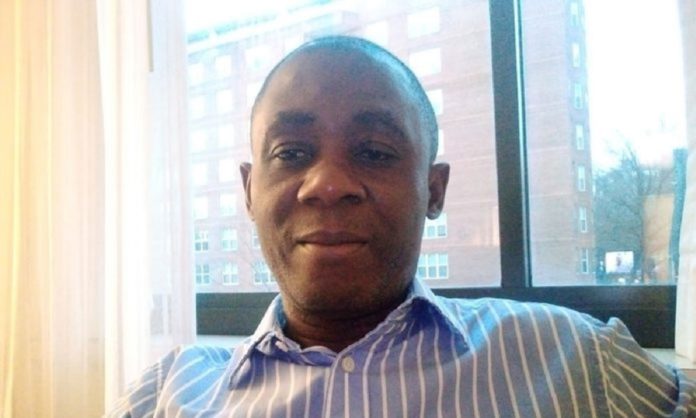 Twenty-five years ago, on the 9th of May, 1995, Mr Lebe Nkpara, native of Luusue Sogho, Ogoni, in present day Khana local government area was shot dead by the bullets of Major Paul Okuntimo, Commander of the Internal Security Task Force setup by the then Federal Military Government of Nigeria with logistics support from  Shell Petroleum Development Company, SPDC, Nigeria’s subsidiary of Royal Dutch Shell Plc to execute civil rights campaigners in Ogoni. Mr Lebe Nkpara was not just killed like most of the other victims of Paul Okuntimo, his body was split into two by Okuntimo’s bullets. His crime was that he stood with the Movement for the Survival of the Ogoni People, MOSOP, demanding justice for the Ogoni people.

Lebe Nkpara’s courage and sacrifices have made him our hero. He has earned a place in our hearts and have also made our honors list. Npkara’s story will be told everywhere the pains of the Ogoni people will be recounted and we have placed him on the same honors list with names like Hon T.N. Paul Birabi, Ken Saro-Wiwa, John Kpuinen, Nordu Eawo, Nubari Kiobel and thousands of others who lost their lives in our struggle for justice in Nigeria.

Shell’s on their part treated the Ogoni people in the most disdainful manner, the company”s action showed its irresponsibility and derision, a complete embarrassment to the high integrity we have always associated with businesses with European origin. The way and manner Lebe Nkpara was killed was not just barbaric but reflected a commitment to exterminate the Ogoni people.

What has been our crime as a people? We have asked for fair treatment in our own country, Nigeria, given the enormous financial contributions from Ogoni to the federation account. Ogoni contributes more revenue to Nigeria than 20 Nigerian states put together, yet the resources of the Ogoni people are shared amongst all of Nigeria and nothing goes to the Ogoni people. That is our pain and the reason why we protest!

Today, Nigeria is deploying every antic to re-enter Ogoni for oil production – an action that questions our claims to modern civilization. Thousands of people have been killed by the Nigerian security forces without a probe and Nigeria appear to still encourage actions that threaten to further kill more people who simply are seeking respect for their basic rights, people who are only seeking fair treatment in the way their resources are being exploited and distributed. That should not be acceptable in today’s world.

The government and Shell are preparing to unleash their strengths on innocent Ogonis for seeking equity and justice, for questioning the reckless exploitation of Ogoni resources to the detriment of the Ogoni people.

The Ogoni people want justice and equity while Shell and the Nigerian government want money from Ogoni’s oil and gas wealth and do not care about the impact of resource exploitation on the lives of the Ogoni people. While the money derived from Ogoni will make huge budgets for poor states created out of deep rooted discrimination, the Ogoni people are only left to suffer the consequences of natural resource exploitation and get nothing from the huge revenue accruing to the country from its resources.

Nigeria’s response to our just demands was to frame up Ogoni leaders and on November 10, 1995, renowned author and human rights campaigner, Ken Saro-Wiwa and eight others were murdered by the Nigerian state. They were accused by the military, investigated by the military, tried, sentenced and killed by the military and they had no right to appeal and decision taken against their lives.

Nigeria’s expectation was that the 1995 murders will pave way to unhindered access to the oilfields allowing the reckless oil operations to continue. But our country only demonstrated its inhumanity in the Ogoni situation. Nigeria will wish the world will be kept away from its sad legacies in Ogoni, a dirty past that speaks of an African giant whose greatness emanated from a dirty ecological and genocidal war against the Ogoni people.

While the world celebrates Nigeria’s greatness and active role as a regional power, it never knew that Nigeria’s fluidity was coming at great cost to the Ogoni people whose whole life have been destroyed by Shell Petroleum Development Company and the Nigerian government’s tolerance of unethical business practices coupled with state discrimination through laws that were sending the Ogoni people to death.

Oil production has continually been used as an instrument of repression and death against the Ogoni people and we call on the world not to allow Nigeria repeat what it did to the Ogoni people in the 1990s when in desperation to continue with the exploitation of Ogoni resources, the Nigerian government rolled out it’s military against peaceful Ogoni protestors seeking respect for their basic rights.

What Major Paul Okuntimo did to Lebe Nkpara should not be encouraged to happen to any other. The genocide against the Ogoni people should stop. Nigeria should not be allowed to repeat the 1995 episode.

Lebe Nkpara may have been alive today. He died because he believed the Ogoni people deserved to be treated fairly in Nigeria. It is time to let Nigeria understand that the world today abhors brutal suppression of justifiable social justice movements like those of the Ogoni people.

May the soul of Mr. Lebe Nkpara not find rest until the freedom he sought for the Ogoni people come true.

Fegalo Nsuke is president of the Movement for the Survival of the Ogoni People, MOSOP. He can be reached via nsuke.fegalo@gmailcom.