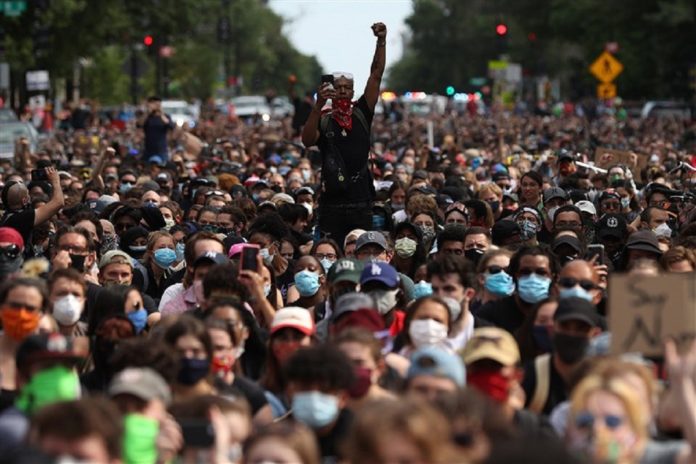 Three more former Minneapolis police officers were charged on Wednesday in the deadly arrest of George Floyd, five days after charges were brought against a fourth officer who was seen in a video kneeling on Floyd’s neck.

Former officers Tou Thao, Thomas Lane and J. Alexander Kueng are facing charges of aiding and abetting murder, according to criminal complaints filed by the state of Minnesota on Wednesday. The murder charge against another former officer, Derek Chauvin, were also elevated to second-degree murder.

Chauvin, the officer who place knee on Floyd’s neck for about eight minutes while detaining him on May 25, was initially charged Friday with third-degree murder and manslaughter by the Hennepin County prosecutor.

All four officers were terminated from their positions with the department on May 26, after a video showing the detainment went viral.

Minnesota Attorney General Keith Ellison, who has been appointed to lead the prosecution in the case, said in an MSNBC interview Mondaythat he intended to charge the officers with the ”highest degree of accountability that the law and the facts will support.”

Multiple videos have been released on Floyd’s arrest, with one showing him pinned down by three different officers near a patrol car while a fourth stands near his head. Floyd can be heard pleading, “I can’t breathe.”

He died while in custody that day.

Lane and Kueng were the first officers to arrive at scene that night, as they investigated a possible fake $20 bill being passed at the Cup Foods grocery store, according to the criminal complaint against Chauvin. When Lane found Floyd parked nearby, the officer pulled his gun, had the man get out of his car and then handcuffed him, the complaint against Chauvin said.

The handcuffed Floyd was eventually put face-down on the pavement with Kueng holding down his back and Lane pressing down his legs, the charging document against Chauvin said. While a distressed Floyd said “I can’t breathe,” “Mama” and “please” several times, Lane asked “should we roll him on his side?” according to prosecutors.

The official autopsy from the Hennepin County medical examiner listed Floyd’s cause of death as a “cardiopulmonary arrest complicating law enforcement subdual, restraint, and neck compression.”

The medical examiner ruled that Floyd’s death was a homicide but added that he had “significant” underlying conditions, including hypertensive heart disease, fentanyl intoxication and recent methamphetamine use.

But an examination funded by Floyd’s family reached a somewhat different conclusion. It found that police officers’ pressing on his neck and body cut blood and air flow to his brain, causing him to die by mechanical asphyxia, pathologists hired by the family said.

The autopsy paid for by the family also found that Floyd had no other medical conditions that contributed to his death.

Benjamin Crump, the civil rights attorney representing Floyd’s family, on Wednesday released a statement on behalf of the family: “This is a bittersweet moment. We are deeply gratified that Attorney General Keith Ellison took decisive action, arresting and charging all the officers involved in George Floyd’s death and upgrading the charge against Derek Chauvin to felony second-degree murder.”

Crump said on the “TODAY” show on Tuesday that he expected the charges to be filed against the other three officers and that the family’s autopsy report was significant because it “pays particular attention to the two knees at the back compressing his lungs.”

Since the beginning of 2015, officers from the Minneapolis Police Department have rendered people unconscious with neck restraints 44 times, according to an NBC News analysis of police records. Several police experts told NBC News that number appears to be unusually high.

The Minnesota Department of Human Rights on Tuesday filed a civil rights charge against the Minneapolis Police Department to launch an investigation. The probe will look at the department’s policies, procedures, and practices over the past 10 years to determine if it engaged in systemic discriminatory practices, Gov. Tim Walz said.