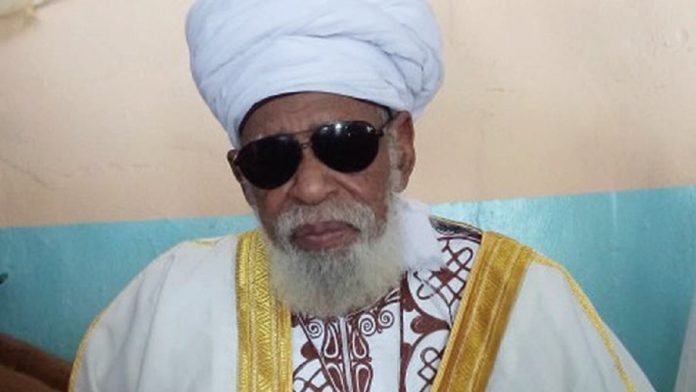 A renowned Islamic Scholar Sheikh Dahiru Usman Bauchi has defied Sultan and led thousands of Muslims faithful to pray two Raka’at eid elfitr prayer in Bauchi, against the decision of Sultan Muhammad Sa’ad Abubakar who said eid will be on Sunday.

He said “if something of this nature happened one will act according to the what Allah and Prophet Muhammad Peace be upon him  said and Allah and his messenger said fast when you see and new moon and Ramadan will be completed after seeing the new moon of Shawwal and if two people who are trust and fair saw it then people most agree with them or if a group of people saw it then everyone most agrees with their verdict and in that case since they are many and many starts from five people you don’t need to look if they are fair in their character you have no option but to agree with their reports as ordained by Allah and his messenger for that reason, we are satisfied with the reports we received from”

He prays for peace and stability of the country and prays to almighty Allah to bring an end to COVID 19 pandemic.

In his Sermon after the two Raka’at prayers Sayyadi Ibrahim Sheikh Dahiru admonish the congregation on the importance of payment of Zakkat al Fitr and advised Muslims to always follow the teachings of  Qur’an  Hadith of Prophet Muhammad Peace be upon him.