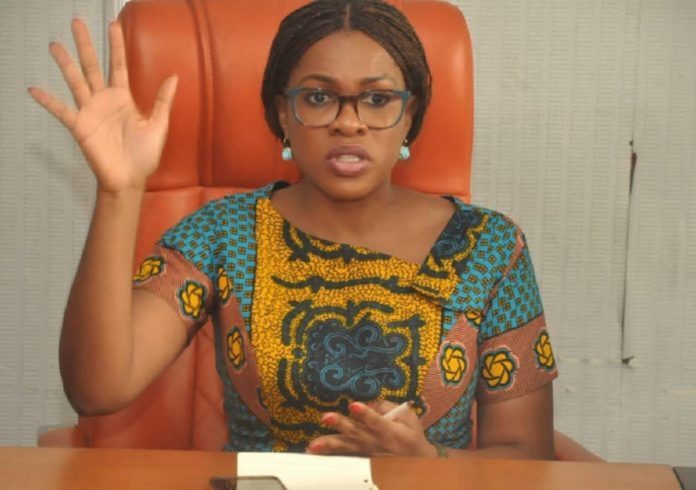 The social circles of Banana Island, the rich peoples’ artificial island off the foreshore of Ikoyi, Lagos, Nigeria is presently in turmoil over the divorce scandal of Michael and Jibola Ponnle, both residents of the most expensive estate in the country.

The divorce is the much talked about story after a Dane, Peter Nielsen, 53 murdered his wife, Zainab and daughter, Petra at the family’s residence at the Ocean Parade, Banana Island, Lagos, on April 5, 2018.

Like every close gated estate where secret passcodes are exchanged like in a bad spy movie, the residents know themselves and mostly belong to the same social circles.

However, all hell went loose last week when the media reported the divorce proceedings which has been kept under close wraps for almost two years. The proceedings are presently before Justice Lateefah Okunnu of Lagos High Court, Igbosere, Lagos.

In an estate where the likes of Alhaji Aliko Dangote, Alhassan Dantata, Iyabo Obasanjo, Mike Adenuga, Kola Abiola, and Linda Ikeji, to mention only a few lives, such news goes round, particularly when it concerns hot babes in the estate.

News investigations revealed that the estate people were very surprised at the divorce. A resident said it was surprising to know that Lagos Commissioner was dating “Segun Crazy”, referring to Segun Bamidele, who is also prominent in Banana Island social circles. “He’s called crazy because most ladies in the area are crazy about him”, she said.

Then the bombshell: “Most people know that Segun Crazy and Dr (Miss) Shade Adebanjo, daughter of Afenifere chieftain, Pa Ayo Adebanjo were dating. We also know Jibola and Shade are very close friends. They are close to the extent that Shade is the godmother of Jibola’s first son. Shade is a sprinter and everyone was actually looking forward to her tying the nuptial knots with Segun Crazy. How it now comes about that Jibola started to date Segun to the extent of living in his house is what is surprising”, the source said.

Another source was so sure of the closeness of Jibola Ponnle and Shade Adebanjo.”When Jibola moved out of Biodun Ponnle’s house four years ago, she always hangs out with Shade,whether at clubs or parties. They were always together.

Now, this issue has turned best friends to worst enemies as they no longer see each other. A relationship they had built right from their undergraduate days at the University of Ibadan is in tatters. It has also divided their friends along fault lines, depending on whose camp such friends belong.