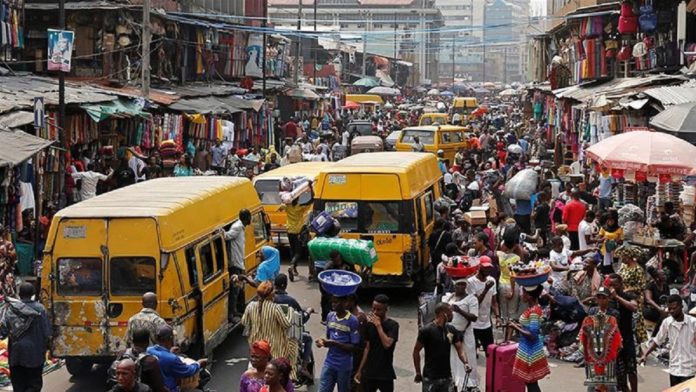 Applying a little wisdom and a little stupidity is how a king administers his kingdom.

This is Nigeria, where everything is a joke, no matter how serious; even the dreaded Abubakar Shekau of Boko Haram man that has been killed several times can’t but end his terror video with the clownish sign off ‘kakakakakau’. Mr. Buhari was booed in Borno state, a state where millions voted for him in the last elections, the ruling party debunked it, as the handiwork of the opposition party. Did you see the video, I know who produced it and those that acted it?

I have the video of Lyon the now defunct-almost-governor of Bayelsa practicing his steps before the Supreme Court took steps that caused a misstep for him. PDP the opposition party was overjoyed at the turn of events in Bayelsa, but still maintains that the same Supreme Court ‘goofed’ over Ihedioha of Imo State’s case, so many protest videos everywhere.

There are plenty videos, depends on the one you want to watch or the one you have watched, in some cases, we all are actors in them.

So there’s this Chinese video…the one where they built a hospital in barely a week plus, that PR stunt for me was done to try and shift attention from that corona virus thing, however truth be told, every video has it’s audience and the raison de etre.

This is the story of the video!

In December 2019, several people began to develop infections in Wuhan (People’s Republic of China); early signs indicated that the virus had emerged out of the Huanan Seafood Wholesale Market, but there is no certainty about that verdict. This 2019-nCoV – or novel coronavirus – infected hundreds of people in the first month. The authorities declared that thirty cities would be under Level 1 Emergency, and large parts of the country – including Wuhan (population 11 million) – would be entirely quarantined. By 30 January, when the confirmed cases of the infected rose to almost 10,000 people, the World Health Organization (WHO) declared a global health emergency.

At the WHO press conference, its Director-General Tedros Adhanom Ghebreyesus said, ‘The speed with which China detected the outbreak, isolated the virus, sequenced the genome and shared it with WHO and the world is very impressive, and beyond words. So is China’s commitment to transparency and to supporting other countries. In many ways, China is actually setting a new standard for outbreak response. It’s not an exaggeration’. Ghebreyesus ended his statement with three powerful sentences:

This is the time for facts, not fear.

This is the time for science, not rumours.

This is the time for solidarity, not stigma.

The video about Nigeria lacks fact, it’s full of fear, did you see the exchanges between Fr. Kukah and the Presidency, it only inspires fear of the road ahead. One laid down facts, the other scattered fear, when the reverse should be the case. No science has helped counter the rumor that most major Nigerian roads are now death traps by their deplorable conditions or the ‘senior men’ who ‘run things’. Have you seen the video titled we have defeated insurgency but battling terrorism?

We are good at producing all sorts of videos, if snakes are not swallowing money, our kids are committing ‘snippercide’, and in recent times it’s ‘spousalcide’ on the rise and all sorts of social menace like stealing of better half utility wears or our youths joining the Marlian movement.

Anyway to the Chinese video…

In the midst of his statement, WHO Director-General Ghebreyesus said, ‘I also offer my profound respect and thanks to the thousands of brave health professionals and all frontline responders, who in the midst of the Spring Festival, are working 24/7 to treat the sick, save lives and bring this outbreak under control’. Resources went towards the building of new hospitals, such as the Wuhan Huoshenshan Hospital, built at record speed and opened weeks ago.

Doctors and nurses from within China volunteered to go to Wuhan to help those infected and to contain the outbreak. In Wuhan Union Medical College, thirty-one nurses cut their long hair to shorten the time it would take to prepare for their shifts; young doctors flocked to take shifts at the hospitals to stem the virus. State-owned firms are producing masks in record numbers, food controls have prevented opportunistic inflation, and the hit to the country’s GDP has been set aside as a consideration for the planners. People, they say, must be put before profit.

The video is not a perfect production, there are errors, shadows in the background, a few hypes like the ‘ebinpaejo lane, idumota and alaba video producers. Some of the actors are being hyped like the upper Iweka or kannywood productions but in all it’s been China first. Though many conspiracies abound, like this is another biological weapon being tested, or that ‘deepfake’ which may not be fake on the court being approached to kill all the corona virus patients; yet we have not seen the video of the Chinese cabal or the sacking of one judge or justice somebody, infact in the Chinese video if you are liable you just edit yourself out of the video, in ours no one is accountable, liable or responsible, we are either shocked surprisingly or surprisingly shocked.

Our own doctors are preparing for a strike, no news; we have seen the video again and again. Teachers in Universities are torn between their loyalty to teaching and their pay packet. Watch the IPIS or is it ISIS salary thing between them and government, you will understand why there are scores of underage children in Canadian, European, and other African Universities. If you have the Nigerian video, you will see that INEC is the referee and Supreme Court is VAR. The Politicians are all playing us, with our consent, after all this is Nigeria; you must have the video or no someone that has the video or else nothing for you.

I have watched the video where the security agencies are culpable for breaches in the security architecture, working as informants to criminals, and being responsible for the pains of those who’s taxes pay them. I have that video where a Divisional Police Officer’s phone was stolen in a police station, it’s like the video of Zulum, (that’s his name ko) the Borno state governor berating the army for the pains of his people, or the video of Brutai the army chief telling us that Boko Haram is everywhere and won’t stop if he was removed.

I have watched the video of Sanusi the Emir cautioning us but ‘which side’, we turned the matter into the ‘video no sweet’, leave the man him too like film trick. We are having kids like a milk factory; imagine the Almajiri boy in the video is 6 or 10, what will happen when we get to the middle of the video. We care less because we are fixated on the video of restructuring and where power will go to in 2023.

The video is loaded. We are all in the video; we are all actors, playing one role or the other. The joke is on us; whether it’s the serious ‘amotekun’ or the clownish ‘shege I no do again’, something will have to give, as we are not yet serious. I will not cease harping on the fact that we are not ready to build a nation state. Very slow to learn, quick to forget and on we move. It’s almost safe to say we are a resilient people and that nothing will happen, the video is a tragicomedy not a horror, nor is it a disaster, and in the end, after all actor no dey die—Only time will tell