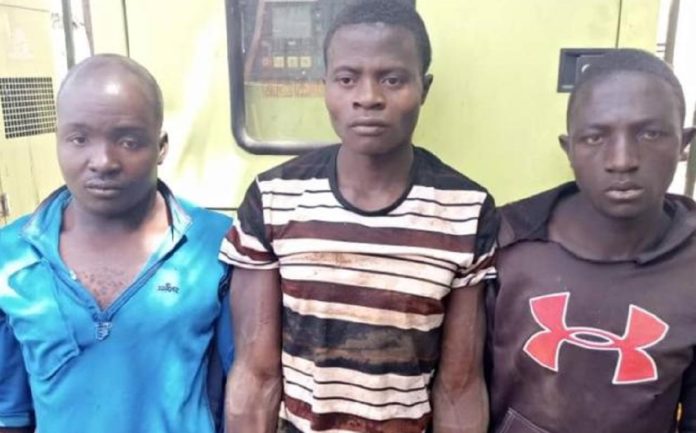 Newsmen gathered that the victim popularly called Oga John was abducted on Saturday at about 7:20pm at his business premises located at Camp Junction in Igumale, Ado Local Government Area of the state.

According to a resident of Igumale community, Barr. Ochai Onazi, the kidnappers invaded the community through the Adiga-Igumale road and abducted the trader.

Onazi said the victim owned the only big supermarket in Igumale and was at the shop transacting his legitimate business when the kidnappers stormed the premises and opened fire immediately.

He explained that the gunmen started shooting sporadically, scaring both customers and community members until the victim was taken away to an unknown destination.

Onazi lamented that Igumale headquarters of  Ado local government area has become a den of kidnappers and other criminal activities explaining that no day passes by without a case of heinous crimes of kidnappings, armed robberies among others.

He therefore appealed to security agencies to intervene in the security situation currently confronting the Igumale community.

“You remember that it was just last few weeks ago that Mr Unogwu’, a retired DSS office from Igumale was abducted on his way back from Otukpo to Igumale.

“Before then, another popular businessman from the area was kidnapped and only released after he paid out millions of naira as ransom. Today, our brother and friend trading in our area had been kidnapped again.

“I am using this opportunity to passionately appeal to Governor Samuel Ortom to send security personnel to the area. Igumale is fast becoming a safe haven for crimes in the state. This must not continue”, he said.

A source close to the family told reporters that, at the time of filing this report, Oga John’s abductors were yet to open discussion with the family or demand a ransom.

When contacted, the state Police Public Relations Officer (PPRO), DSP Catherine Anene, said she was yet to be informed about the incident as she is yet to reach the divisional police officer in Ado.