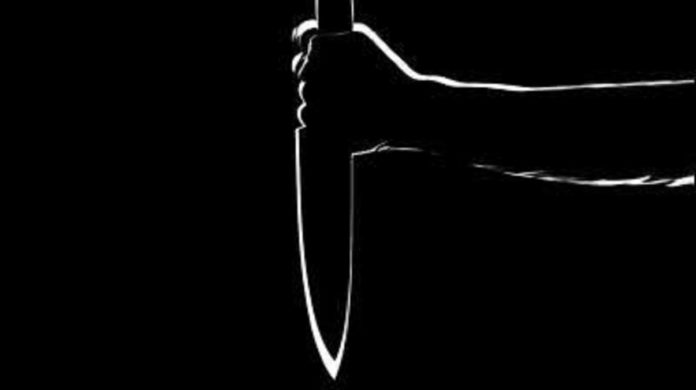 A teenage boy identified as Tochukwu is currently cooling his heels at the police cell for stabbing his friend to death after stealing his cell phone.

Tochukwu killed Solomon on the street of Sani Giwa, Sabon Gari, Kano on Tuesday when he refused to surrender the phone which he allegedly stole from his friend, Solomon.

Instead, he stabbed Solomon severally and killed him duirng a scuffle.

It was learnt that, while the late Solo, was piling pressure on Tochukwu to surrender

his phone to him, he drew out a sharp kitchen knife, from his pocket and

stabbed Tochukwu, on the Chest.

While writhing in pains, the late Solo, summoned courage and

pursued Tochukwu, despite the beads of blood, dripping down from his chest,

until he slumped and ran out of strength

to continue the chase.

Realizing that Solo has finally dropped dead, Tochukwu, before

fleeing the scene, hurriedly threw the knife, into a nearby gutter.

However, some angry youths within Sani Giwa road, Sabon Gari,

Kano, where the incident occurred, chased and caught the fleeing assailant

before handing him over to the police for investigation.