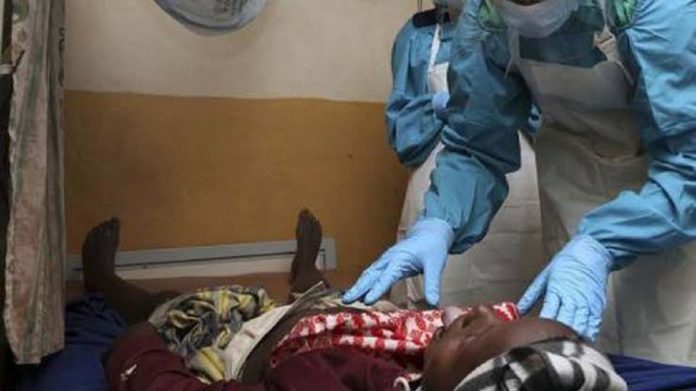 Information reaching 247ureports.com indicates that two Doctors and a pregnant woman have lost their lives due to strange ailment suspected to be Lassa Fever at Aminu Kano Teaching Hospital (AKTH), Kano.

A House Officer in the hospital, Ummu

Kulthum was said to have died on Friday, while a Anaesthetist Consultant, Habeeb

Musa died on Monday, and the third person, a pregnant woman, also gave up the

ghost, from the suspected complications.

A statement issued by the Kano state branch of the

being expected within 48 hours.

The  pregnant woman who is from Bauchi

days ago at the Teaching Hospital.

Speaking to Press Men on the Director of Public Health and

the woman by the Consultant is now late.

Dr. Bello said the other suspected infected Health Workers are

responding to treatment, explaining that the state Isolation Centre at Yargawa

in Dawakinkudu Local Government Area has been prepared where the infected

persons will be quarantined.

He added that all other primary contacts will also be transferred

to the Isolation Centre if the need arises.

According to him, “so far we received a report of three

deaths from AKTH whom we are suspecting to be the case of Lassa Fever. So far,

two samples were sent to the Reference Laboratory. We are awaiting the results.

“Immediately after we heard of the case, we dispatched

our Rapid Response Team to investigate through the contact listing. We have

activated our Isolation Centre at Yargawa where we manage such cases.

“Government has given us approval to pre-position drugs

and protective personal equipments. The Commissioner has briefed the Governor

and convened Emergency Preparedness and Response Committee. Decisions are being

taken on the issue.”