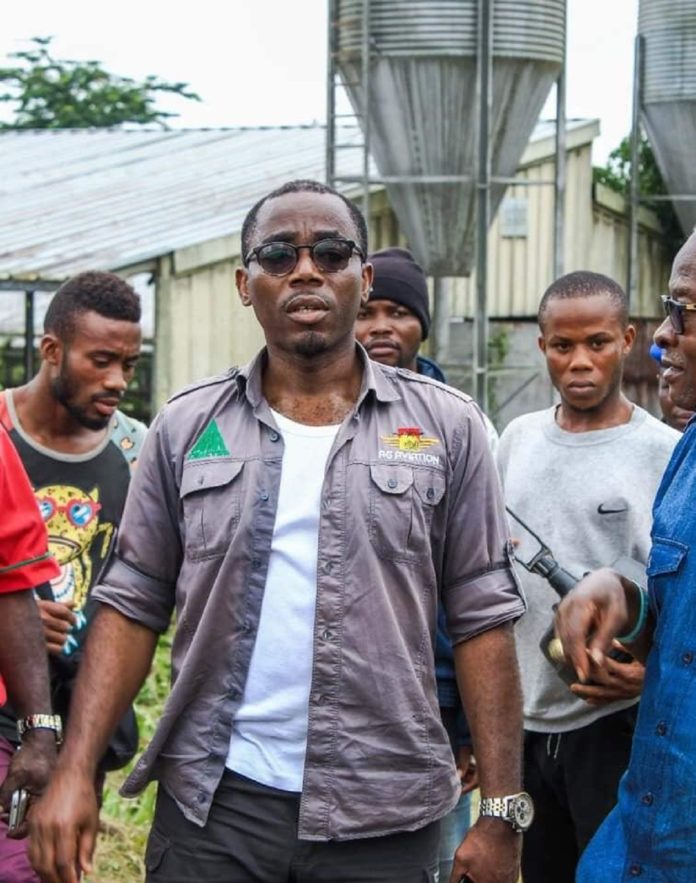 Immediate past Senior Special Assistant (SSA) to the Imo State Government on Agricultural Development while Rt. Hon. Emeka Ihedioha was the governor of Imo State, Mr. Uche Odozor has officially handed over to the Permanent Secretary, Ministry of Agriculture and National Resources, Mrs. Irene Chima as directed by his boss.

In a seven-page hand over note, he enumerated most his achievements in office beginning from June 19, 2019 to January 17, 2020, the day the incumbent Governor, Senator Hope Uzodinma dissolved all appointments by his predecessor, Rt. Hon. Ihedioha, Odozor recalled how he swung into action, immediately he was appointed, noting, he developed strategies that enabled his office to properly implement a very successful “Agriculture Revolution”, as envisioned by his Principal, Rt. Hon. Emeka Ihedioha.

“Immediately I was appointed as the Senior Special Assistant (SSA) to the Governor on Agricultural Development, I assembled a team and we developed a strategy that enabled us to implement very successfully, the Agricultural revolution that the Governor wanted to create. It was already clear to us that the Agriculture sector was the only thing that affects every single person in the socio capital economy of our state and the nation at large directly. It is the key and pivotal pillar of our economy as we identified the core impact areas like food security, employment, foreign exchange earnings, poverty reduction and raw materials for industries that are important.

“The central objectives of the agricultural policy of our government were to increase agricultural productivity by promoting technical progress and ensuring the rational in agricultural development, production and the optimum utilization of the factors of production, in particular labour. To ensure rapid improvement in the standard of living for the agricultural community in particular by increasing the individual earnings of persons engaged in agriculture, which will assure the availability of supplies in a bid to further ensure that supplies reach consumers at reasonable price”.

The Amucha Njaba LGA born technocrat and Aviator further pointed out, he built his activities in the sector on “inclusive agricultural productivity growth, improved nutritional outcomes, and enhanced livelihood for the people, including foreign exchange earnings capacity. Others were the employment openings for the youths, Climate Smart Agriculture, which entails using less land to produce much foods and the preservation of lands and soils”.

Furthermore, in the report, he enumerated that the development of the youths agricultural programme, the introduction of first-ever high yield oil palm to Imo State, new palm nurseries and preservation programme and the proposed Agri-Business Park, that would have taken off in the first 12 months, even as the recently established Agribusiness Academy would have made the state to be in the forefront of Agricultural activities all over the nation and beyond, adding that pilot farm systems in every local government area as had commenced in Ehime –Mbano LGA , the data capture scheme for all agriculture stakeholders, the Tractor Assembly Programme already attracted to partner with the state in the agro revolution, revealing that, first batch of tractors completely knocked down are already in Imo State under a private partnership with one of our institutions, Pig Farm Clusters in all the 27 LGAs and the massive Poultry Farm Empowerment Scheme’’.

He stated that, through the support of his boss, Rt. Hon. Ihedioha, he was able to initiate the yet to take off of export produce that would see the commencement of exportation of agricultural produce from the Sam Mbakwe International Cargo Airport (SMICA) that would have been made possible by the dramatic agriculture development agenda that would have certainly had a multiplier effect in the economy, within the short period he was in office.
“Our sincere intention to create dramatic value for our people of which I am convinced that the draft of our 2020 Agricultural Programmes attached to this report will ultimately benefit the entire people of Imo State and would further encourage a continuation of our initiatives to achieve successes in the agriculture fortunes of our great state, irrespective of who is in charge of the affairs. What is needed to achieve all this is a positive commitment to holistically carry them out with sincerity of purpose.

“Our relationship with the Ministry of Agriculture, Ministry of Finance, Central Bank of Nigeria (CBN) and the Africa Development Bank (ADB)  was good. The relationship further extended to all Agriculture organizations and numerous Cooperatives, more especially, the All Framers Association of Nigeria (AFAN) Imo –State chapter led by Chief Ayo Enwerem. Most importantly, my thanks go to God Almighty and to the immediate past Governor, Rt. Hon. Emeka Ihedioha, CON, KSC; who remains my boss for finding me worthy to head the agricultural development team in the state under his Administration, before appointing a Commissioner. To all that worked with me while the projects lasted, I most sincerely appreciate your efforts. It is my prayers that the good lord in his infinite mercy will continue to see you through in all your future endeavours. I am sincerely grateful to my community, the great people of Ohonya Amucha and Njaba for their encouragement and support while I briefly served”.

It would be recalled that, Uche Odozor, who is also the Chief Executive Officer of Agriculture Aviation Africa, an Air tractors Exclusive Dealers and operators was the first to be appointed the Head of Agriculture sector in the Emeka Ihedioha’ s administration; just he introduced the urban agriculture, which is the first of its kind. It is also on record that he introduced the Accelerated Palm Programme and 200,000 palms have already been delivered into a nursery to activate IAPP, just as he resuscitated dead rice mills in Ideato-North LGA and Ihitte/Uboma LGA.

In a show of commitment, Odozor led over 3000 people made up of the youths, women and men of Obowo LGA to reclaim the Imo Modern Poultry Farm at Avutu Obowo which before then, over taken by forest. He introduced the first Imo Agribusiness Academy with over 460 persons already trained. The agribusiness academy was vandalized  on the night of the supreme court judgement where all valuable items were carted away. Odozor further introduced a land reservation program in liaison with traditional rulers and other stakeholders in various communities for access to commercial lands. This was a huge success and would go down as one of the remarkable achievements of the past administration. The Adapalm located at Ohaji/Egbema LGA is not left behind as it is currently under resuscitation, even while he was a member of the management committee also.

Odozor also introduced the Imo Food Security Bank, an agro commodity agency that would regulate and off take most agro products from farmers, thereby protecting them from unforeseen circumstances. Imo State now has an Agriculture master plan that will guide in every activity for accelerated gains and optimal maximization, of which the efforts also facilitated the training of over 540 Imo youths in Agribusiness which took place in CSS Nasarawa State, even as he initiated the running of a credit free Imo Agro Revolution in the Ihedioha’s administration, aimed at unlocking potentials in the sector and lifting people out of poverty.