Home Politics Count me out Of any Plot to Unseat Lawan, Omo Agege, Says... 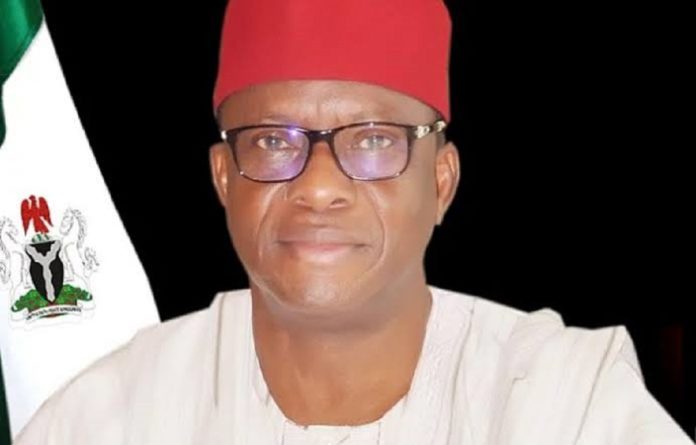 Chairman, Senate Committee on Customs, Excise and Tariff, Senator Francis Alimikhena, All Progressives Congress, (APC), Edo North has dismissed insinuation that he is plotting the removal of the President of the Senate, Senator Ahmad Lawan and his Deputy, Senator Ovie Omo- Agege.

Senator Alimikhena said he would have ordinarily ignored the insinuation, but for the mention of his name linking him to the plot in the social media.

In a statement from his Media Office,  he stressed that he is neither aware nor involved in any clandestine plot to unseat the Presiding Officers of the Senate.

According to the statement, ” the attention of Senator Francis Alimikhena has been drawn to the false, malicious and smear publication by faceless on- line reporter published last week that Senators Alimikhena and Ali Ndume want to unseat the Senate President and the Deputy President of the Senate, Senators Ahmad Lawan and Ovie Omo Agege respectively.

” This faceless on line reporter does not even know how to spell my name as he did not even know my  first name as he simply wrote that “Senator Alamiekina from Edo State and Senator Ndume from Borno State are said to behind the flames of impeachment. Senator Alamiekina is reported to be angling for Omo Agege’s job while Senator Ndume is reported to be campaigning for the Senate President’s seat.”

“Ordinarily, I would have ignored the report,  but for the mention of my name along side Senator Ali Ndume apparently because we came out for the position of Presiding Officers, where I finally withdrew from the race after due consultations across board.

“We all know that in a political environment such as ours, which the National Assembly is not an exception where silence could be misinterpreted as consent, it became very imperative for me to dismiss the report and put the record straight.

” The writer is hereby warned that fake news is liable to libel.

“Since the emergence of Senators Lawan and Omo- Agege as President of the Senate and Deputy, we have been working  harmoniously as true Nigerians, same party members and as lovers of democracy.

“Finally, I want to put it here that both the President of the Senate,  his Deputy and the 9th National Assembly that have been enjoying my support and loyalty,  will continue to enjoy that.”