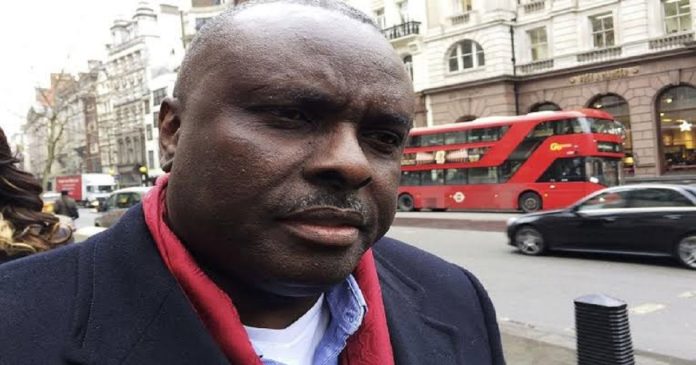 A group of concerned Deltans, under the auspices of the Delta State Civil Society Roundtable on Grand Corruption (DCSRGC) has raised an alarm over perceived intentions of the Nigerian Government to deliberately, withhold some proceeds of crime fraudulently acquired by a former Governor of the state.

DCSRGC, in its quest to ensure that corruption, among elected representatives in Delta state is appreciably tackled, has revealed in a statement signed by its Convener and Chairman, Pastor Innocent A. Adjenughure, that the UK Government is in the process of returning 9.6m British Pounds of Ibori money to Nigeria but states that the FG has refused to make the refund, public.

“It is unfortunate that the Federal Government of Nigeria is not sharing this information with Delta State Government on how to use the money”, Pastor Adjenughure stated.

He revealed, in the statement, that “DCSRGC will be happy to work with the Delta State Government to set up a framework to convince the UK Government to use the money for sustainable development projects in Delta State”.

According to the group’s Chairman, “The FG has submitted 3 projects proposal to UK Government which will not benefit Delta State people and without the knowledge of Delta State who are the beneficial owners of the said money. We will vehemently resist this injustice as the money belongs to Delta State”.

“We urge Delta State Government to consult and collaborate with the Federal Government of Nigeria to set up a transparent and accountable framework for the utilization of all recoverable Stolen assets from UK and other jurisdictions”, Adjenughure stated.

“We call on the Attorney General of Federal Government to invite the Delta State Government to discuss how to use the Ibori assets from UK Government immediately”.

“The said Ibori looted assets can and, should be used for Social Investment Program as part of Nigeria and UK support for Sustainable Development Goal 16.4 to help the poor of the poorest in Delta State who are the true beneficial owners of the money”, he advised.