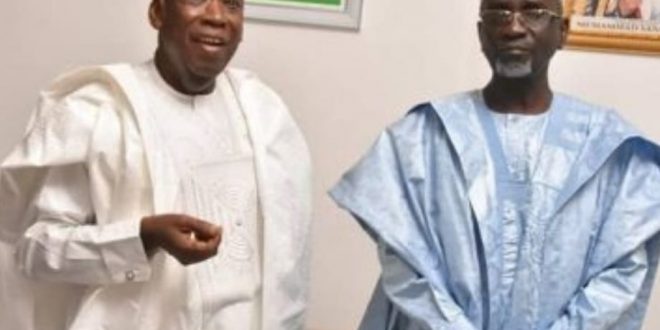 A statement signed by the commissioner for Information, Malam Muhammad Garba  expresses appreciation on behalf of the government and people of Kano state, to the Ritman University for awarding the former Governor and minister of education with the honorary doctorate degree on account of his achievements in the education sector.

“His Excellency the Governor received the news of this honorary award of doctorate degree on Senator Ibrahim Shekarau with delight as it goes to show that the academia is abreast of his contribution to the education sector and human development in Nigeria, particularly when he was a governor and minister of education. Recall that in 2009, the former governor was conferred with the Honorary Doctorate Degree in Public Administration by the University of Nigeria Nsuka,’’ the statement adds.

Governor Ganduje expresses the hope that the conferment of the award on Senator Shekarau will spur him to continue to contribute to nation building and humanity in general.

While congratulating Senator Shekarau for adding another feather to his cap, the statement also wishes him well as he continues his drive to seek the progress of Nigeria and the emancipation of the common man.