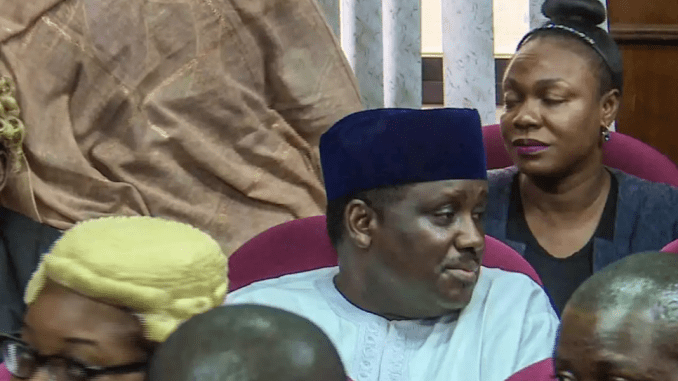 Mairo Abdulahi Bashir, a business manager with United Bank for Africa, UBA, and first prosecution witness, (PW1), in the ongoing trial of Abdulrasheed  Maina, former chairman, Pension Reform Task Team before  Justice Okon Abang of the Federal High Court, Abuja, on Friday, November 29, 2019 disclosed that  Maina used his sister’s name to open a secret bank account with the UBA, through which funds were transferred.  According to the witness, Maina passed off the account as belonging to his sister, while he actually operated it.

The witness under cross- examination by defense counsel, Esther Uzoma denied harbouring  any ulterior motive in her testimonies. Uzoma had accused the witness of nursing an ulterior motive by not revealing to the UBA authorities,  Maina’s huge monetary transactions, including documents containing the alleged deposits and withdrawals in local and foreign currencies by Common Input and Properties Ltd, (allegedly belonging to the defendant).

The witness denied any ulterior motives in her testimonies, revealing further that Maina presented a certificate of incorporation for Common Input and Properties Ltd, with his sister’s photograph and her personal details but endorsed the document with his own signature.

Justice Abang adjourned the case until December 9, 10, and 11 for continuation of trial.

The Economic and Financial Crimes Commission is prosecuting Maina on a 12-count charge, bordering on operating fictitious bank accounts, corruption fraud and money laundering to the tune of over N2billion.