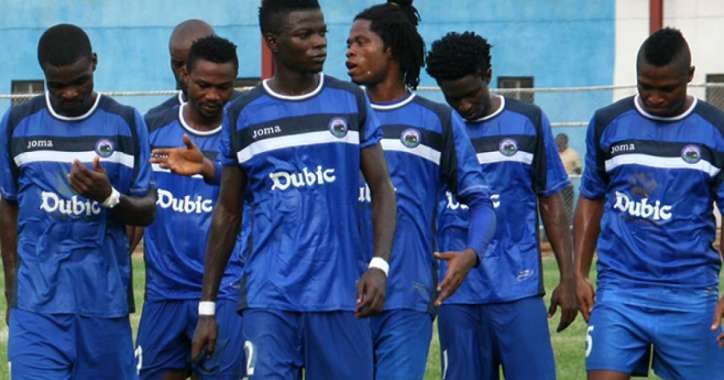 Governor Okezie Ikpeazu has fulfilled his promise of a brand new bus to the Enyimba International Football Club of Aba as a token of his appreciation and those of the Government and People of Abia State to the team for their giant strides in football and for consistently making the people of Abia State proud.

Performing the function today at the Government House Umuahia, the Governor who was represented by his Chief of Staff, Dr-acb Agbazuere assured the club of his consistent support to the Management and entire staff of the team to ensure that they continue to fly high the flag of Aba and the entire state.

He challenged them to win this year’s Nigerian Professional League and the CAF Confederations Cup.

Receiving the bus, the Chairman of the Team, Chief Felix Anyansi Agwu thanked the Governor for the gesture noting that this will heavily aid the club’s movement across the country. He assured the Governor and the people of Abia State that the club will continue to make the state proud.

The TC Chairman of Aba North LGA, Barrister Charles Esonu Onyedikachi, Senior Special Assistant to the Governor on General Duties, Erondu Uchenna Erondu Jnr, SSA on Media, Ugos Emezue and the Chief Press Secretary to the Governor were part of the event.