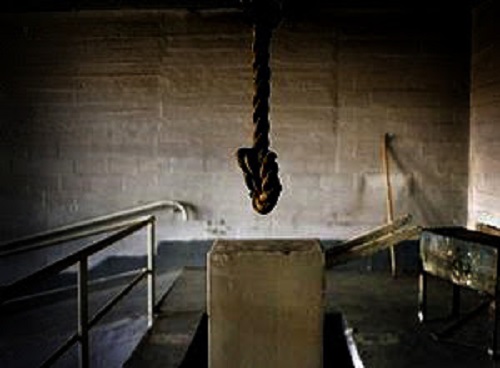 Corruption has been identified as the biggest and most dangerous threat to the development of Nigeria since independence. Due to the prevalence of financial and economic corruption and the huge amounts involved, some analysts are of the opinion that more severe measures are desperately needed against perpetrators of the crime that is retarding the progress of the country. SANUSI MUHAMMAD writes

Nigeria is no doubt one of the most corruption-infested countries in the world. The problem bedeviling the nation’s progress to greatness has been attributed to corrupt leadership.

Most of those that had the opportunity to lead at various levels of government were shameless thieves, rogues, and agents of corruption who competed for accumulating illicit wealth, and sadistically aspire to continue to lead. A look at the list of politicians aspiring for trust with leadership in 2019 confirms my position. The list has on it certified rogues and identified thieves including their children who were guests to various anti-corruption agencies.

The issue at the minds of advocates of transparency and good governance has been that of severe punishment that may serve as deterrent to those public office holders and politicians who have been indicted in cases of corrupt enrichment and brought to the front burner for quite some time now. Several concerned Nigerians who spoke on the issue averted that only extreme measure possibly of death sentence can instill the genuine fear of the Almighty God in the minds of those corrupt public officers and deter them from their evil trade.

Death sentence in the country’s criminal system is so far restricted to cases of armed robbery, kidnapping and murder. But stakeholders in the Nigerian project have pointed out that as it stands in present day Nigeria, corruption perpetrated by public officers may have wrecked more havoc than incidents of armed robbery and murder. Kidnapping for ransom, armed robbery, banditry and cyber crimes are creations of corruption and embezzlement of public funds.

According to them, most cases of stealing and robbery going on in the country are usually influenced by the poverty level artificially created by corrupt public officers. They posit that even cases of murder can be linked to frustration built into the psyche of Nigerians due to the high cost and low standard of living.

A retired security officer who spoke on the option of instituting death penalty as a way of curbing corruption in Nigeria, said death sentence remains the only way out for Nigeria given the depth corruption that has eaten into the system.

According to him, as long as Nigerians continue to shy away from the death sentence option, the country’s fortune will continue to go down. He said the final destination of a country that allows corrupt officials to have their way is extinction which he said may befall Nigeria soon unless a drastic action is introduced and applied strictly.

“I am happy that you are raising this issue at the right time with a supposedly transparent President-In-Council that can support the death penalty with pride to sanitize the system for good. Nigeria is on a downward slide to extinction. Most Nigerians do not realize that one vehicle which will take us there faster than we can imagine is the nonchalance with which we handle corruption cases and their perpetrators.

“As a retired security expert, I am convinced that if corruption in public and private sectors is reduced to its barest, it will be a matter of time before other vicious crimes will fizzle out. Armed robbery, banditry and kidnapping are on the rise and almost defied solution in Nigeria because most people who engage in any of the two are desperate to make ends meet.

Some of them also see and try to copy the flamboyant lifestyle of those thieving public officers who survive on stealing and corruption and have corruptly enriched themselves. Now, when the hitherto innocent cannot get into public office to be able to steal as has become the practice, they resort to armed robbery, banditry, kidnapping etc to fly high.

“You can see, today, the dimension which armed robbery and other violent crimes have taken. Kidnapping has of late become an integral part of the country’s profile of crimes. It is easy to kidnap a high profile person and get huge ransom paid than in a highway robbery. Even with the death penalty passed in some states, such states still experience various degrees of kidnappings.

“Now someone would say the same applies to pen robbers or corrupt government officials. I stand to be corrected, but most government officials only have desperation. They are not ready to die like the thieving rats. If today there is a functional law that makes corruption punishable by death or better, life imprisonment, you will discover that over half of the officials who would have indulged in corrupt practices would hand off. The general feeling is that only the living can enjoy what was stolen”, he said.

The national secretary of an anti-corruption organization, Yakubu Alhaji Jibrin who also added his voice to the call for the death penalty sentence for corrupt public officials, lamented that the only reason, why Nigeria could not make any headway in the fight against corruption is the lack of political will on the part of the leaders.

According to Jibrin, as of now, it is only the ruling party, APC that can put its foot on the ground and say no more corruption, no matter whose ox is gored and it would come to an end.

He made reference to the controversy over the bribery allegation leveled against former chairman of the House of Representative Ad-hoc committee on fuel subsidy probe, Farouk Lawan, and the chairman of Zenon Oil, Femi Otedola, saying that the only reason why Nigerians will continually be treated to “the more you look the less you see and the more you see the less you understand”, is because the accused persons which include the giver and taker of bribe were loyalists to the then ruling party PDP.

“My brother, you have been watching the drama that was playing out on the allegation of bribery against two chieftains of PDP and how suddenly they were making Nigerians feel that there was no truth in all the stories. Let us watch and see how both parties will go scot free. The simple reason was that nobody wanted to ruffle certain feathers including former president Jonathan.

“Nigeria is aspiring to become one of the 20 most developed nations by 2020, but there is every indication that if there is anything that will scuttle that dream from materialization, it is corruption by public officers who have the responsibility to propel that effort.

Severally in his hey days as president, Jonathan said by 2020, Nigeria’s electricity supply would be among the best 2020 etc. These are realizable, but first let us ask ourselves, what is going to be the outcome of the ongoing power probe where billions of dollars were found to have been stolen under former president Obasanjo?

“As we talk about the fuel subsidy scam of stolen $2.7trillion by crooks close to the then PDP government including children of two of the party’s former national chairmen (Colonel Ahmadu Ali and Bamanga Tukur), what is the outcome of the case?

“Just imagine how many people could have benefitted if those monies stolen were ploughed into the economy, and not the private vaults of those rogues and vandals. It could have put smiles of so many faces and improved the living standard of many.

“Nigerian public office holders and their collaborators in the civil service are stealing from public coffers with what can best be described as reckless abandon and using the loot to trigger high cost of living. Even in the present dispensation, some APC governors are more criminal than the past PDP governors. In one state in the impoverished North-east, a particular governor who could hardly sustain his living before destiny catapulted him to the exalted position, wasted over N1billion on overseas travels in one year under different guises. It is suspected that most of his travels were for money laundering. The travels have nothing positive to show in the state. What comes out as results of the travels, are only read on the pages of newspapers from press releases of his media handlers.

“Unless we all embrace the death punishment for corrupt public officers and their collaborators as is obtained in some Asian countries, let us not, for one second, believe that Nigeria will get anywhere unless President Buhari and the National Assembly subscribe to the death penalty request. Our leaders will continue to fix dates for our development which they know cannot be realized”.

Jonathan came on board in 2007 as Vice president and left the scene a rejected contestant in 2015 for glaringly failing to fight corruption. Instead, he chose to shield the corrupt and encouraged the system to flourish. We must rally round the present president who has indicated holistic interest to fight corruption. In our quest for a better Nigeria, we urge Mr. President, if possible to hand over those public officers and their collaborators indicted to the shortchanged for jungle justice. We are eager to post them to their ancestors wherever they may be.

Muhammad is a commentator on National Issues