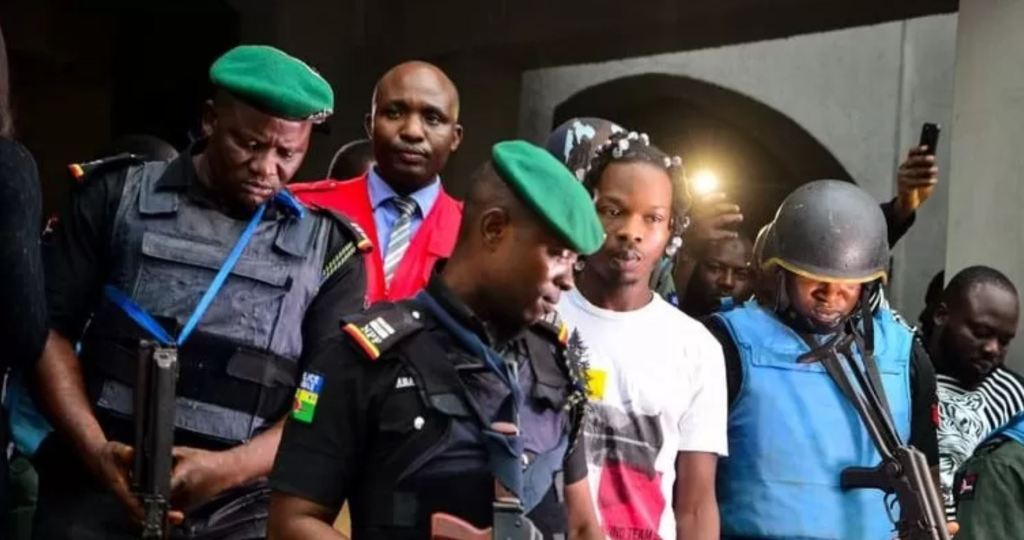 A Federal High Court in Lagos on Thursday, adjourned until Dec. 11 and Dec. 12, continuation of trial of Nigerian Musician, Azeez Fashola, a. k. a Naira Marley facing fraud charges.

Also mentioned in the charge is one Yad Isril, who is said to still be at large.

The Popular “Issa goal” singer was arraigned on May 20 before Justice Nicholas Oweibo, but he denied the charges.

Following a bail application by defence counsel, Mr Olalekan Ojo, (SAN), the court had granted Fashola bail in the sum of N2 million with sureties in like sum.

The court was however, constrained to move trial to a further date, after some arguments erupted in court, between counsel in suit following insufficient seating arrangement.

News Agency of Nigeria (NAN) reports that the courtroom has few available seats which are always insufficient to accommodate both lawyers and litigants.

A good number lawyers, litigants and even journalists are often forced to stand up in the courtroom throughout proceedings, due to unavailability of seats.

Trial will now continue on the next date.

NAN reports that at the last adjourned date on Oct. 23 (yesterday) first prosecution witness. Mr Nuru Buhari, had given evidence as to the manner of information extracted from the IPhone and Laptop of the defendant.

Led by the prosecutor, Mr Rotimi Oyedepo, the witness had chronicled the various sites visited with the defendant’s electronic gadgets, as well as the various credit card operations conducted.

Trial will now continue on the next adjourned date.

The charge alleges that Fashola and his accomplices conspired to use different Access Bank ATM Cards to defraud their victims.

It said that the defendant allegedly used Access Card number 5264711020433662 issued to another persons, in a bid to obtain fraudulent financial gains.

He was said to have possessed these counterfeit credit cards, belonging to different cardholders, with intent to defraud, which also amounted to theft.