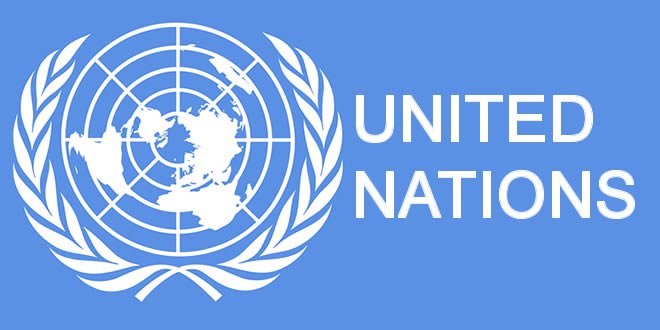 The South East Coalition of Civil Society Activists and Human Rights Defenders has written to the United Nations and other world powers decrying the systematic, well planned agenda by President Muhammadu Buhari led Federal Government of Nigeria to destroy the Igbo Nation.

Addressing a press conference in Enugu on Monday, the Convener of the Coalition, Comrade Ibuchukwu Ezike, (CLO) and Secretary, Dr. Uche Jasper (Igbo Civil Society Coalition) called on the international bodies to prevail on the President to rewrite the wrongs meted out against the Igbo ethnic nationality, adding that Buhari has serially violated the constitutional provisions set out to govern the country as a federal system of government.

Reading from one of the letters addressed to the Ambassador, United States Embassy, Abuja, Nigeria, titled ‘protest against provocative exclusion and orchestrated reduction of Ndigbo to second class citizens in Nigeria:  a call to World Powers to mount constructive pressure on President Muhammadu Buhari to re-write the wrongs meted out against the Igbo ethnic aationality’ the Coalition said the Federal government had been borrowing money from various countries on behalf of Nigeria to finance projects which South East were excluded.

They said that such loans would be repaid by the collective resources of Nigerians and a such should be proper for such monies borrowed to be used to finance projects on equal proportion in all the six geo-political zones of the country and not to the exclusion of any.

The Coalition said “under the watch of President Buhari, there has been no consideration for Nigeria’s heterogeneity in appointment of security chiefs.  No Igbo man is appointed to head any of the security agencies. Thus, the Igbo ethnic nationality has no representative in both the National Defence Council and Nigeria Security Council”.

On the infrastructure, they noted there were gross deficit of critical infrastructure in the zone citing the on-going construction of rail lines across the country which they said is not witnessed anywhere in the South East. “The ambitious Port-Harcourt-Maiduguri railway project, which was meant to span through Aba, Umuahia, Enugu, Oturkpo, Makurdi, Kafanchan, Kaduna and Kuru-Jos, Bauchi, Gombe, Maiduguri is being politicized. The painful fact is that the federal government is borrowing hugely to build this infrastructure, and would in turn resort to the nationally accrued revenue for the repayment obligations.

“The federal roads in the South East are largely in a state of decay. Apart from some sections of Enugu – Port-Harcourt expressway where rehabilitation works are on-going, the Enugu-Onitsha and Enugu – Otukpa Expressways are not only in a deplorable state, but also, they constitute a nightmare to commuters. The second Niger Bridge has remained a bait to woo Ndiigbo at every election year.

“Our people are known as the largest importers in the country. Yet, efforts to dredge the Onitsha seaport and construct the inland port at Abia State had remained a paper tiger. And total dependence on Lagos ports is no longer tenable.”

The coalition described as preposterous for the federal government to shutdown Akanu Ibiam International Airport, Enugu without first awarding contract to any company for such repairs.

“We take exception to the abrupt shut down of Enugu Airport (the only international airport in the South East) without notice and provision of alternative route. For us, it is a mark of insensitivity to, and disrespect for the beleaguered people of the South East. We appreciate the fact that the action was moved by safety concerns, yet, suffice it to say that due diligence should have been completed before the closure.

“When Abuja Airport was closed down, the contract for the rehabilitation was awarded with a completion timeline of 6 weeks. Kaduna Airport was put in order as an alternative route, while the federal government dedicated two transport companies to convey passengers to and fro Abuja and Kaduna. In the case of Enugu Airport, none of these measures were taken. The project is not even captured in the 2019 appropriation. Therefore, nobody is sure of the contractor, the funding mechanism, and when the project would be completed. We see this as double standard.”

On the fight against terrorism, the activities accused the Federal government of selective justice in the war, adding that while some Boko Haram members have been granted amnesty and absorbed into the military; states like Zamfara, Sokoto and Katsina were receiving encouragement from the federal government to negotiate with rampaging bandits. Yet Indigenous People of Biafra peaceful protesters were designated as terrorists while the killer-herdsmen that were designated as the fourth deadliest terrorist group in the world as at 2014 have continued their terror campaigns across the country.

On the 2023 Presidency, the group regretted that some people have started flying a kite campaigning against zoning, because it was the turn of the South East to produce the next president. “The game-plan is to out-scheme Igbo sons and daughters from taking a shot at the presidency”.

The coalition however, appealed the diplomatic missions to prevail on President Buhari to respect the principle of federal character in the distribution of public good and appointive positions, especially the security chiefs.

Among others they want the global bodies to pressures President Buhari to send an executive bill to the National Assembly for the creation of one additional state in the south east, to be at par with the other zones. “That the Federal Government should mobilize resources to ensure speedy completion of Enugu Airport rehabilitation and expansion of the tarmac before the Christmas season. That the National Assembly should urgently complete legislative works in SEDC bill and dispatch to Mr. President for his assent. That the Federal Government should build an international seaport in the South East.

“That the Federal Government should show a strong political will in tackling the security challenges bedeviling the country, largely attributed to the killer-herdsmen and armed bandits. That the Federal Government should de-proscribe IPOB, negotiate with them, and address the grievances that bred the agitations. Bandits in the North West have more criminal records than IPOB. What is good for geese is good for the gander. That the ruling APC should make a declaratory statement on the 2023 presidency.