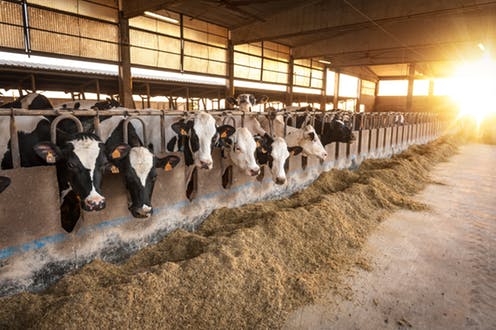 Benue State Governor Samuel Ortom has called on the British Government to lend its support to the entrenchment of ranching in Nigeria as the official method of animals husbandry in the country.

The Governor who stated this at the Benue Peoples House in Makurdi when he received on courtesy visit, the British High Commissioner to Nigeria, Mrs. Catriona Laing said the nomadic system has become archaic and should be discarded.

The Governor stated that while ranching is being practised in developed countries, animals especially cattle compete for space on roads, schools and airports in Nigeria, a scenario he described as hostile to development.

He said attacks on Benue communities by militia herdsmen had inflicted deep pains on people and government of the state with thousands displaced and infrastructure destroyed, stressing that 60 percent of those who were staying in eight Internally Displaced Persons, IDP, camps were children while 30 percent were women.

Governor Ortom stated that he was happy because the entire country had keyed into ranching which people of the state adopted earlier as a lasting solution to farmers and herders crisis, pointing out that what the state is still grappling with is reconstruction of the destroyed infrastructure and the rehabilitation of the traumatised IDPs.

The Governor told the British High Commissioner that his administration places high premium on women empowerment as well as provision of employment opportunities for youths.

Earluer, Mrs. Laing had explained she was in the state to get first hand information on the farmers and herders crisis and how the British government could intervene to ensure lasting peace in the state.

She stated that the British parliament had been following the development closely including alleged persecution of Christians in the country, saying Britain would also assist in exploring the agricultural potentials of Benue State and others along the riverine areas.