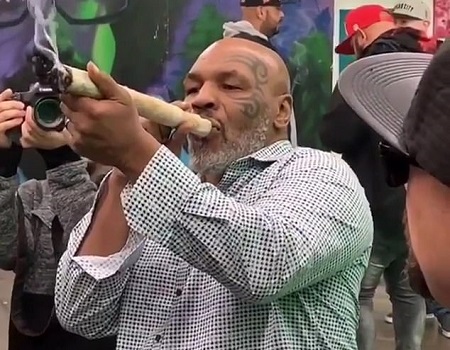 Boxing legend and cannabis fanatic Mike Tyson has been enjoying the relaxing life during his retirement. While speaking on the Hotboxin’ podcast, as reported by The Mirror, Iron Mike revealed just how much weed he smokes each month.

Former NFL offensive tackle Eben Britton, Tyson’s co-host on the podcast, then revealed: ”We smoke 10 tons of weed at the ranch a month.”

The former world heavyweight champion owns a 40-acre cannabis ranch close to California’s Death Valley, which he decided to open after the US state legalised weed.

The 53-year-old has his own school for prospective weed growers at the ranch called ‘The Tyson Cultivation School”.