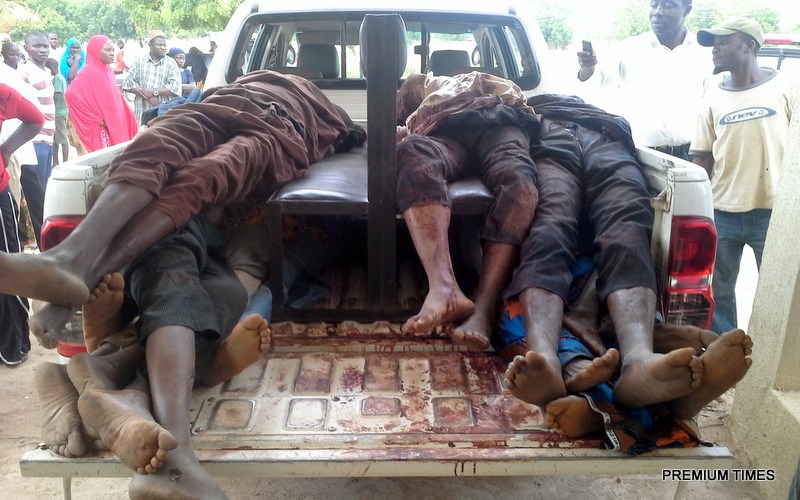 Unknown gunmen in the wee hours of Thursday unleashed horror on Ilile, a riverine community, in Ohaji-Egbema Council Area of Imo State, killing five persons and injuring many others.

Among those killed by the rampaging gunmen in the pre-dawn attack were a retired Police Officer and a community leader.

The assailants, according to eyewitnesses, stormed the community around 3am.

A reliable source, who pleaded not to be named, gave the identity of the slain ex-cop simply as Mr Ukpabi and another victim, who was the immediate past President General of the community as Napoleon Amadi,.

The community source told our correspondent that others who were wounded by bullets were hospitalised.

The source said: ” As we speak, five persons have been confirmed dead. Among the dead are a retired police officer, Mr Ukpabi, the immediate past president general of our community, Napoleon Amadi, a member of vigilante group in our community, Uwagwu Eze and two others. ”

” Three persons died on the spot while two others died at the hospitals. Several others are lying critically. They invaded their families around 3am and shot them. They killed them in their houses while they were asleep. They visited them one after the other in their households. It was indeed a tragedy.”

On what led to the killings, the source said: “It was purely cultism. I don’t know the names of the warring cult groups but they were cult related. This is indeed too much to bear.I can’t believe it.

Ikeokwu said that he could not confirm if the killings were cult-related but stated the Commissioner of Police, Rabui Ladodo had ordered a investigation into the matter with a view to bringing the killers to justice.

He said ” I can confirm that three persons were killed. But I cannot confirm if it was cult-related because they came and shot their targets. The CP had ordered a full-blown investigation into the killings with a view to bringing the perpetrators to justice “.