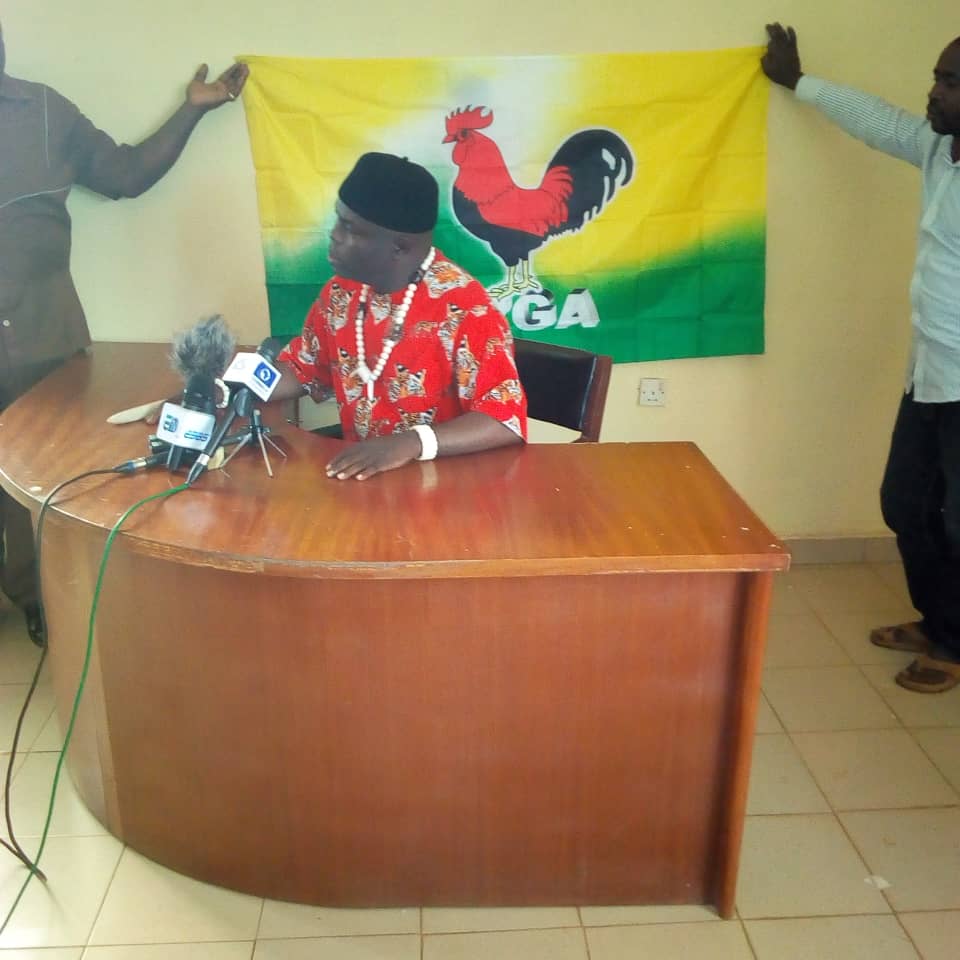 Mammoth crowd weekend in Enugu defied rains to witness the declaration of Mr Ben Onwudinjo to contest the 2019 governorship seat of Enugu state under the platform of the All Progressives Grand Alliance.

Onwudinjo, in his declaration, said with the grass-roots support of the party in the state and southeast at large, victory was assured.

“I commend our national leader Gov Willy Obiano for his all-encompassing leadership. Under him, every community is developed in Anambra state. We want to replicate same in other states. I also thank our national chairman, Chief Victor Oye, for enthroning the best democratic principles in the party. I call on electorate to get their permanent voters’ cards to elect credible leaders.”

Barr Ken Ike, Enugu state APGA chairman, commended members for turning out en masse, adding, “We assure you of a level playing field to ensure that the best fly our flags for various elective positions. APGA our Igbo heritage, and we must unite to ensure that we get our fair share in Nigeria.”

Mr Smart Iheoma, APGA’s publicity secretary, southeast, said, “The declaration of Mr Onwudinjo also marks the flag-off of our party in the southeast. APGA is a symbol of democracy as epitomised in Anambra state. God will visit Enugu state through Ben Onwudinjo. In the outside, they think we are small, but inside, we have energy.”

Prof Vicky Sylvester of the University of Abuja described Dr Onwudinjo as an honest person, and urged Enugu electorate to elect him to enthrone a sense of belonging, adding that APGA was an emerging national party.

The APGA southeast women’s leader also urged women to vote for the party ‘because it is gender sensitive’.