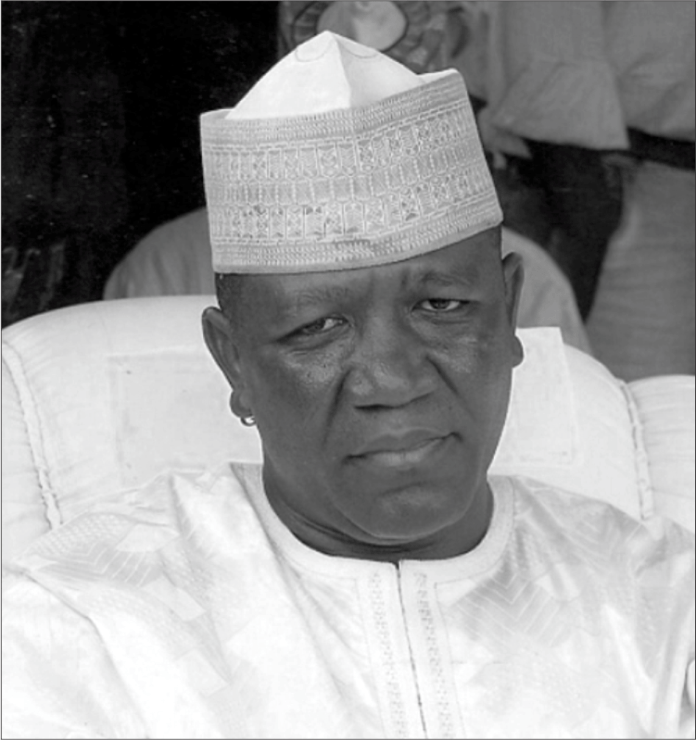 A Federal High Court in Abuja has ordered the Attorney General of the Federation and the Economic and Financial Crimes Commission (EFCC) to show why it should not grant the request by ex-Governor of ZamfaraState, Abdulazeez Yari for an order restraining them from tampering with his assets.

Justice Evelyn Maha gave the order on Monday while ruling on an ex-parte motion by Yari, which was argued by is lawyer, Mahmud Magaji (SAN.

Justice Maha also ordered Yari to serve the respondents (AGF and EFCC) with the motion and other accompanying documents within 48 hours and for them to show cause why the reliefs sought by the ex-governor should not be granted.

The judge adjourned till August 30 for hearing of the motion and the response to be filed by the respondents.

Yari, in documents filed with the motion, accused the respondents (AGF and the EFCC) of persecuting him and members of his family over the turnout of political events in Zamfara State.

He accused the respondents of seeking to deploying Executive Order 6 of 2018 to confiscate his assets.

He traced the genesis of recent travails to the political events within the Zamfara State chapter of the All Progressives Congress (APC) that led to the party’s loss of all elective offices in te state to the Peoples Democratic Party (PDP) following the judgment of the Supreme Court.

He said: “After the decision of the Supreme Court, some aggrieved individuals who are very powerful decided to use agents of the 1st and 2nd respondents against the applicant.

“These individuals thus decided to carry out a vendetta and revenge against the applicant including instigating the respondents against the applicant upon their spurious conclusion without evidence that he was guilty of corrupt practices as former governor of Zamfara state and was in breach of the Code of Conduct Act.

“This witch-hunt, is clearly politically motivated, baseless, and has been designed only to discredit and humiliate the applicant in a bid to decimate him politically.”

Yari stated that the action of the EFCC has made it impossible for him to exercise his right or his freedom of movement without fear of being arrested and intimidated.

The ex-governor said he fully declared all his assets in accordance with the Code of Conduct requirement for public officers prior to assuming office as a governor.

He added that he has not committed any offence to warrant the threats of seizure of his assets and properties, most of which were acquired even before he became governor of the state.

Yari then prayed the court for “an order of interim injunction restraining the respondents from seizing, impounding, taking over, confiscating or otherwise forfeiting his assets and properties wherever they may be located within Nigeria or anywhere in the world pending the hearing and determination of the motion on notice.

He also sought “an order of interim injunction restraining the respondents from unlawfully interfering with his rights to sections 34, 35, 41 and 43 of the 1999 constitution until the hearing and determination of the substantive suit.

Yari is, in the substantive fundamental rights enforcement suit, praying the court for the following orders:

*An declaration that the respondents have no authority or justification to interfere with the applicants’ fundamental right to own property in Nigeria by seizing, impounding, taking over. confiscating or otherwise forfeiting the assets and properties of the applicant wherever they may be located within Nigeria or anywhere else in the world (all of which were legally acquired from the legitimate resources of the applicant) on the basis of the Executive Order 6 of 2018 or any regulation or other law whatsoever for the objective of rendering the applicant politically irrelevant and unable to oppose the antics of his political adversaries within the All Progressive Congress led Federal Government of Nigeria (represented in this action by the 1st respondent).

*An order securing the enforcement of the fundamental rights of the applicant to be presumed innocent until proved guilty, to liberty and freedom of movement by requiring the respondents to bring before the court any other evidence, complaints, material and allegations supported by evidence that they may obtain after the judgment of this court upon which they may believe the applicant is suspected to have committed or is guilty of any offence and obtain the court’s leave before they may take any steps whatsoever (including inviting, arresting, detaining, prosecuting for any reason) against the Applicant, his family and associates henceforth.

*An order of this awarding the sum of N500,000,000 as general and exemplary damages against the 2nd respondent (EFCC) for the unlawful harassment and infringement of the applicant’s right to own property.