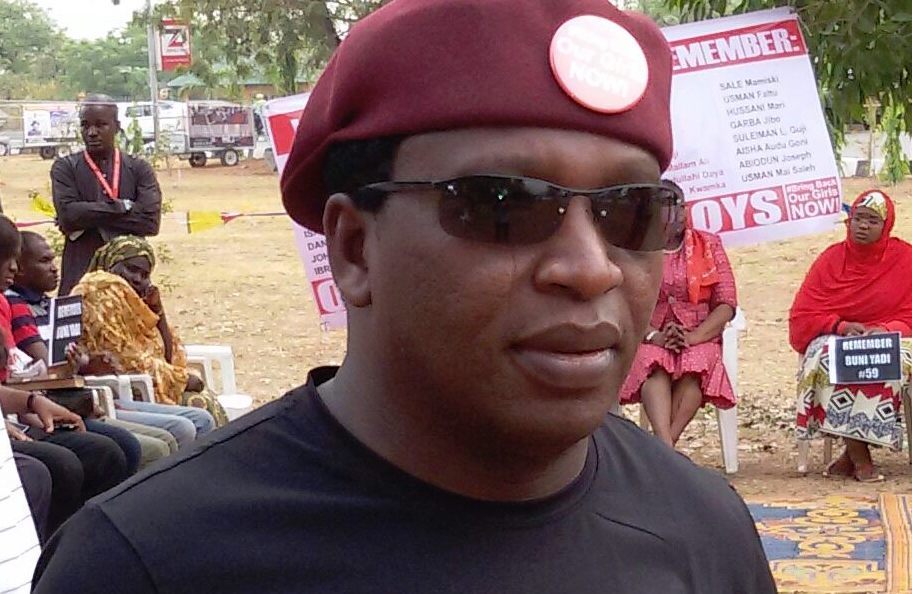 The Executive Director of  CURE-Nigeria, Mr. Sylvester Uhaa has charged the authorities of the Nigeria Prison Service (NPS) to bring back Ibrahim Garba Wala, a human rights activist, back to Suleja prison from where he was taken to a remote prison in Kebbi state.

Uhaa stated that, “CURE-Nigeria’s attention has been drawn to the alleged forceful removal of Ibrahim Garba Wala, a human rights defender from Suleja Prison to a remote prison in Kebbi State, while his appeal hearing is still on in Abuja.

“Recall that Garba was sentenced to a 12 years jail term on 15 April, 2019 by the High Court of Federal Capital Territory in Abuja, on the charges of ‘management of or membership in an unlawful society’ ‘public incitement’, and ‘criminal defamation’, and sentenced to 12 years in prison.”

Uhaa, further stated that the organisation learned that a hearing was heard on 18 July, 2019 to determine his qualification for bail on health grounds pending the scheduling of his appeal hearing, but was denied bail, despite his visible declining health.

“He later sent out an audio recording to his colleagues and news outlets, soliciting help for his bail. But he was allegedly removed from Suleja Prison the following day to a remote prison in Kebbi State.

“CURE-Nigeria believes that the transfer of Garba to a remote prison in Kebbi, hundreds of kilometers away from his lawyer, court, family and friends when his appeal is pending, does not only violates the basic norms of access to justice, but also constitutes a deliberate, well-calculated and executed plan to deny him access to his lawyers and courts and frustrates his appeal, all in a bid to ensure he serves the 12 year jail.

“The NPS must learn that Garba has a right to a fair and just hearing, and that includes the right to appeal his convictions if he believes he was unjustly and unfairly convicted.

” This right remains intact until he exhausts his appeals or accepts the judgment of the courts. And all agents of the state have the duty to facilitate, not frustrate the enjoyment of this right, as it appears to be the case here. Additionally, the transfer violates Rule 59 of the Mandela Rules for the Treatment of Prisoners, which stipulates that ‘prisoners shall be allocated, to the extent possible, to prisons close to their homes or their places of social rehabilitation’.

“If the Nigerian Prison Service is serious, as it claims to be, about prisoner rehabilitation and social reintegration, it cannot transfer inmates to prisons far away from their families and loved ones because doing so will cut off family ties, family support, visits and other forms of contacts, which are necessary for prisoner rehabilitation and reintegration. Hence, we call on the NPS to reverse the transfer and bring Garba back to any of the prisons around Abuja to continue his appeal.”

Meanwhile, Mr. Uhaa has called on the Bauchi State Commissioner of Police, the National Human Rights Commission to investigate the alleged rape and impregnation of a 8 –months pregnant of a 13-year old girl in Bauchi by Mallam Babayo, as reported in the media.

He lamented that, “the rampant and increasing cases of rape and sexual molestation of children, which have become common in Nigeria must not be allowed to continue, and the only way to deal with it is to ensure that anyone, irrespective of their status, who is accused of these acts, is thoroughly investigated, and if found guilty, thoroughly punished according to the law.

“The accused, whom I heard, told the family of the victim that they are too poor to prosecute him must be made to learn that justice in Nigeria is not for sale, justice is not for the rich and that Nigeria is ready to protect  her children, particularly the girl child. Mallam Babayo must be brought to book.”