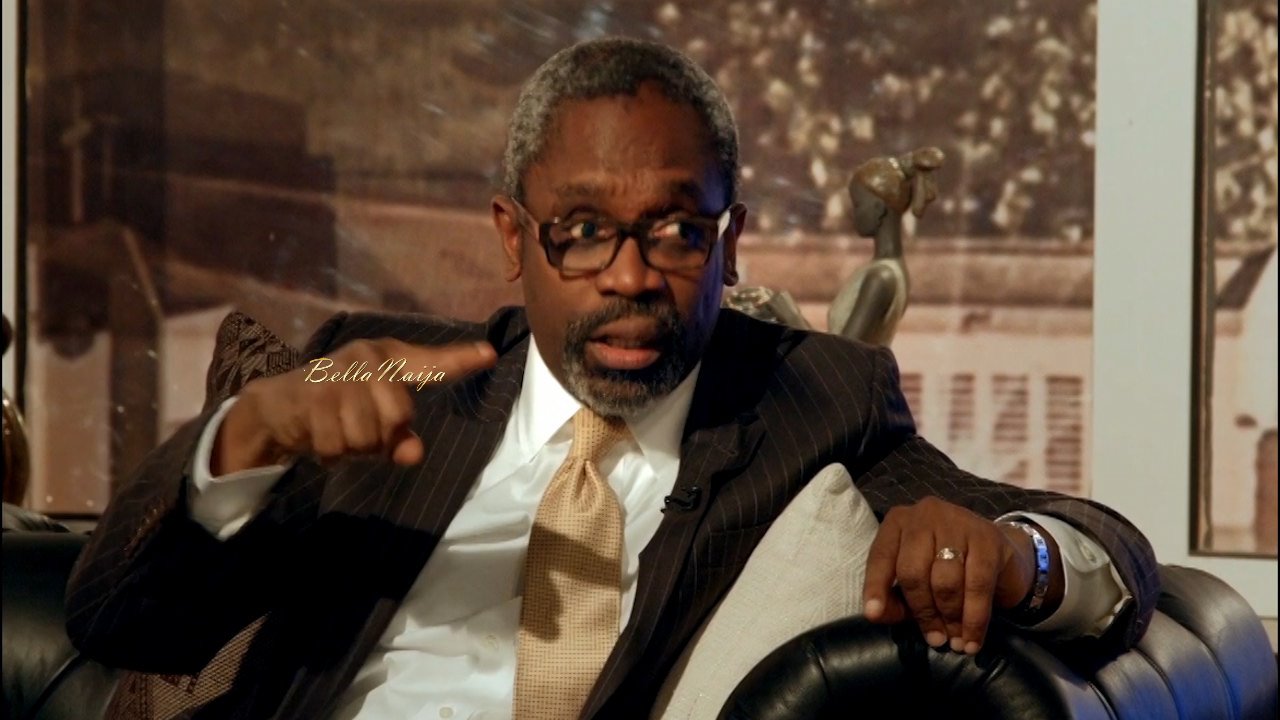 …say we’re in possession of documents against him

A civil rights movement under the aegis Coalition of Public Interest Lawyers and Advocates (COPA) on Thursday said it was in possession of all documents and evidences which established a clear case of fraudulent dishonesty and abuse of trust against a member of the House of Representatives-elect, Femi Gbajabiamila.

The group warned that Nigeria would risk reputation crises should Gbajabiamila be elected Speaker of the House of Representatives in the 9th National Assembly.

The organisation also faulted the refusal of Gbajabiamila to address allegation of imprisonment, perjury and stealing levelled against him through a proxy and former chairman of the House of Representatives Committee on Appropriation, Abdulmumuni Jibrin.

The Convener of COPA and human rights activist, Pelumi Olajengbesi, told journalists during a press briefing in Abuja that the best opinion left now was for President Muhammadu Buhari to direct security agencies to undertake an in-depth investigations into the allegations against Gbajabiamila.

“COPA is in possession of all documents and evidences that establishes a clear case of fraudulent dishonesty and abuse of trust against Femi Gbajabiamila. The facts against Gbajiamila are, in fact, readily available to the public as they were established in a Court of Record with same being accessible to the public, and are attached herein for the avoidance of doubt.

“We have established correspondence with the Supreme Court of Georgia and  we have documents of Disciplinary Case No. S06Y0829 and the family of the victim of Gbajiamila’s fraud, Hadyatou Barry and also Vesta with P. O. Box 23410 Nashville TN, 31202, the insurance company that paid the claim misappropriated by Femi Gbajabiamila”, he stated.

According to him, such investigation by security agencies would “prevent Nigeria from embracing a reputation crisis even before the 9th National Assembly takes off.”

“For several weeks now, Gbajabiamila has been assailed with mounting cases. But, perhaps, in tandem with its public image of fighting corruption with insecticides when it concerns an opposition party members, virtually all the top echelon of the APC have continued to look the other way.

“Even Gbajabiamila adopted the same whimsical attitude, until a combination of civil society, opposition political parties and citizens’ outcry compelled him to promise a ‘world press conference’ during which he would tackle the issues.

“It was, therefore, with utmost shock that come the D-day, instead of having Gbajabiamila mount the rostrum, a motley crowd of APC lawmakers gathered at the elitist Transcorp  Hilton, to instead trifle with the issues.

“As a coalition of public spirited officers in the temple of justice, we insist that nobody should be allowed to put his personal integrity at stake, least of all the image of Nigeria and Nigerians for a man who is being gripped with weighty allegations.

“We, therefore, call on President Mohammadu Buhari to live up to his reckoning as an anti corruption czar, by causing the nation’s security agencies to undertake an in-depth investigations into the Hon. Femi Gbajabiamila saga, so as to prevent the country from willfully embracing a reputation crisis even before the 9th  National Assembly takes off.

“The entire defense raised in Femi Gbajabiamila’s behalf in said Press Statement relied on a book whose thorough, unbiased reading ironically actually proves his guilt as the book acknowledges ALL the material facts establishing his guilt in fraudulently appropriating to himself money meant for the victim of a car accident. No amount of half-truths and misdirection can acquit him of guilt thence.

“COPA restates its position that a Femi Gbajabiamila-led House of Representatives would be a moral burden on Nigeria and ridicule our legislative house before the international community. There is no doubt, with available facts and record, that the case of perjury against Gbajiamila would succeed except the parties withdraw the suit.

“A Nigerian Ambassador Tijjani Bande just got elected as the President of the 74th United Nations General assembly, a great accomplishment for President Buhari with regard to repositioning the image of Nigeria and restoring corresponding dignity and respect for our country, her citizens hone and abroad and our passport.

“Should we now dent this new achievement by endorsing a man who has been evidently convicted by Georgia State Supreme Court for acting dishonestly by appropriating $25,000 belonging to his client for Speaker of the Federal Republic of Nigeria.”