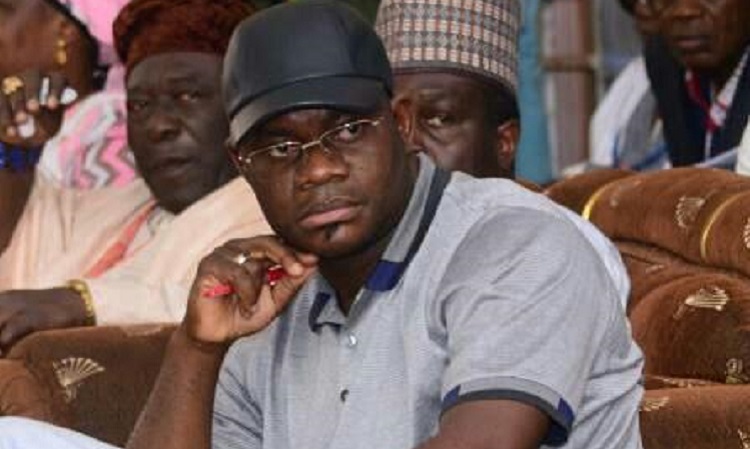 A political pressure group, Citizens for Equity, Fairness and Justice has appealed to the National Chairman, the All Progressives Congress (APC), Adams Oshiomhole, to zone governorship position to West and Central Senatorial Districts of Kogi.

The President of the group, Mr Mohammed Abubakar, made the appeal on Friday while speaking with newsmen in Abuja.

Abubakar said that for the past 20 years, Kogi East had ruled for 16 years and Kogi Central, four years.

According to him, fairness demands that Kogi West be given the opportunity unless there are no competent people from that district.

“In the spirit of fairness, equity and justice, we are calling on the National Chairman as a matter of urgency and concerns to look and listen to the voice of the good people of Kogi state.

“Who are presenting that the Governorship position should remain in West and Central Senatorial districts of Kogi.

“Even though this position was re-echoed during the recent visit of our royal fathers to President Muhammadu Buhari that, power should remain in West and Central.

“Going by this short illustration Sir, in Nigeria as a country there is a majority North, minority South West and another Minority South East and South South together.

“If voting power is the only qualification or criterium for ruling party, how come it is not only the people of the Northern part of Nigeria that produce the President of the Federal Republic of Nigeria?

“Nigeria has had Presidents from the North, South West, South East/South South, all voted for by all Nigerians in the past twenty years of our democratic experience from 1999 to date,” Abubakar said.

According to him, some of the presidents are Muslims and some are Christians.

“Equally, Kogi is the only state in Nigeria where senatorial areas are divided along the major tribes in the state, just like Nigeria as a country.

“Kogi is the only state where a particular senatorial zone has not produced any Governor, where then is the fairness and equity.

“If Nigeria can rotate and shift power for fairness, justice and equity, for peace and unity to reign, it is time for equitable opportunity to govern Kogi.”

Abubakar, who said that there was no monopoly of competence anywhere, said the Nigerian Constitution recognises Nigeria’s ethnic diversity.

He said that the realisation that majority numbers only lead to injustice and unfairness led to the establishment of the Federal Character Commission for equitable distribution of positions and opportunities and for national development.

“Kogi state is part of Nigeria and to all. It is time to stop the injustice in Kogi.

“Power sharing as a principle is based on fairness, equity and justice not numbers, so the excuse of voting power has never prevailed over what is right and what is fair?

“So, under law, marginalisation is illegal, injustice and immoral.

“The kind of people we are, our principles and our values are determined by our adherence to the principles of fairness, equity and justice.”

According to him, Nigerians cannot promote unity, tolerance, peace, sisterhood, brotherliness and nationhood, if they do not deliberately enforce these equitable principles that ensure inclusiveness.

“If our constitution says all are equal under the law, then, no voting power should be used to enshrine inequality.

“It is time now to ensure fairness and justice for the marginalised people of Kogi West, who deserve a fairer deal in their home and motherland.”

NAN reports that the Kogi governorship election would hold in November 16.