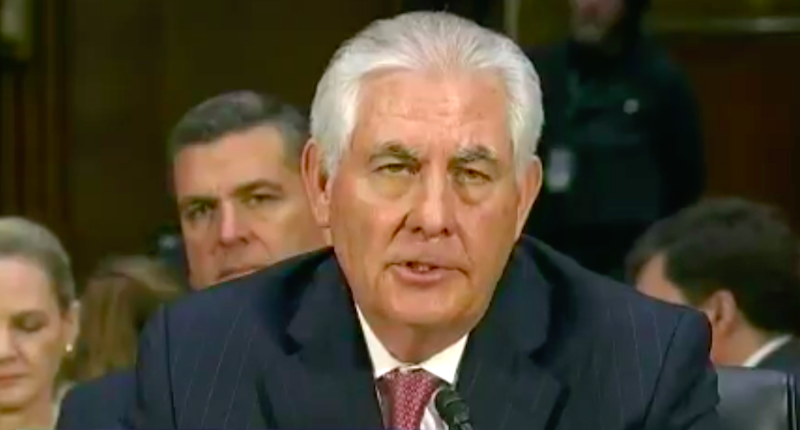 A source told The Washington Post that Tillerson testified to the House Foreign Affairs Committee that Putin “out-prepared” Trump during their meeting in Germany. It put Trump at a serious disadvantage.

“We spent a lot of time in the conversation talking about how Putin seized every opportunity to push what he wanted,” one committee aide said. “There was a discrepancy in preparation, and it created an unequal footing.”

“Experts said the disparity in preparation was unsurprising but risky given Putin’s depth of experience and savvy,” the Post wrote.

“Putin is a very nimble adversary who’s been at this for 20 years now,” said Russia scholar Andrew Weiss. “The Hamburg meeting sounds like it was one of Putin’s wildest dreams: a freewheeling backroom-style conversation with a U.S. president.”

Trump tends to ignore briefing books and anything involving extensive words without pictures, charts, graphs or his name.

“I don’t think I have to prepare very much,” Trump bragged ahead of his first meeting with North Korean leader Kim Jong Un. “It’s about attitude, it’s about willingness to get things done. So this isn’t a question of preparation, it’s a question of whether or not people want it to happen, and we’ll know that very quickly.”

Tillerson admitted that there is a lot more the U.S. needs to do to counter Russia on the global stage, one person in the room told the Post.

When asked for comment, a Republican committee aide said, “we believe Tillerson’s testimony best speaks for itself, and are hopeful that our Democrat Chairman will release the full transcript of the meeting to the public soon.”

Tillerson said that while he and Trump share the same American goals for “freedom, democracy, individual liberty and human dignity” they don’t share the same “value system.”

When he was asked to describe Trump’s values, Tillerson said, “I cannot.”

“Just as matter of fact, he stated that he couldn’t or wouldn’t unpack the president’s values for us,” a committee aide said.

Why Trump could possibly end up “behind bars” if he loses