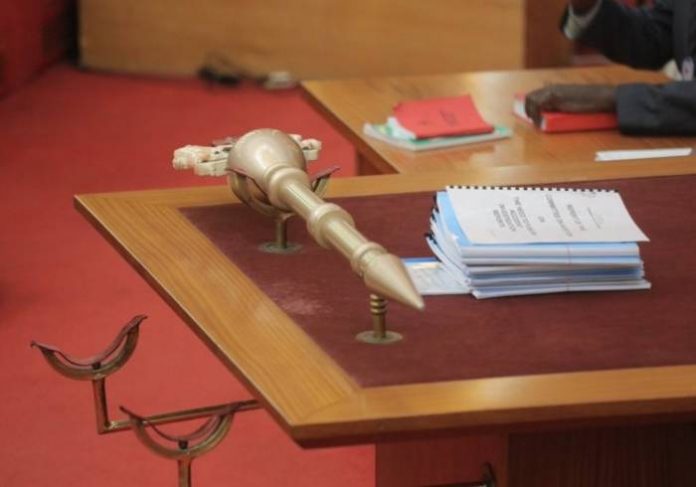 The Chairman,  House of Representatives Committee on Financial Crimes, Mr Kayode Oladele  (APC-Ogun) says  Bill on the Mutual Legal Assistance in Criminal Matters has been sent to President Muhammadu Buhari for assent.

Speaking with newsmen in Abuja, Oladele said that though the bill originated from the Executive in 2016, it passed  thorough legislative processes before it was sent for assent.

He said that the bill, when passed into law would establish a legal frame between Nigeria and other foreign nations in combatting trans-boarder crimes.

According to Oladele, the anti-corruption bill received support from critical stakeholders before it was unanimously passed by the National Assembly.

“The bill, when passed into law will assist Nigeria in the repatriation of looted funds and other proceeds of crime stashed in foreign countries.

“It will enhance effective prosecution of transnational crimes and assist in the reduction or elimination of offences with cross border dimension including terrorism and terrorists financing, money laundering, advance fee fraud, proliferation of weapons of mass destruction as well as enable Nigeria to obtain evidence and statements, identify suspects and witness, transfer suspects and so on,” oladele said.

The lawmaker said that when the bill is signed into law by the President, it would enable Nigeria fulfill one of the requirements for admission into the Financial Action Task Force.

The task force is an intergovernmental organisation founded in 1989 on the initiative of the G7 to develop policies to combat money laundering.

According to him, Nigeria applied to join the global body in 2014 but the application has not been approved due to non existence of the law in the country.

He said the Mutual Legal Assistance in Criminal Matters operational in the Commonwealth countries is limited in scope.

The legislator said that the government needed to enact a legislation which sought  to provide a wider spectrum for the prosecution of cross border crimes.

Oladele said that the bill, when signed into law would restore the confidence of foreign investors, thereby attracting foreign direct investments which would boost Nigerian economy.

Sen. David Umaru (APC-Niger) had while presenting a report on the bill at the Senate, emphasised that the bill sought to, among other things, effect temporary transfer of persons in custody to assist in investigations.

He said the bill when passed into law would also identify, trace, freeze, restrain, recover, forfeit and confiscate proceeds and other instrumentalities of crime among others.