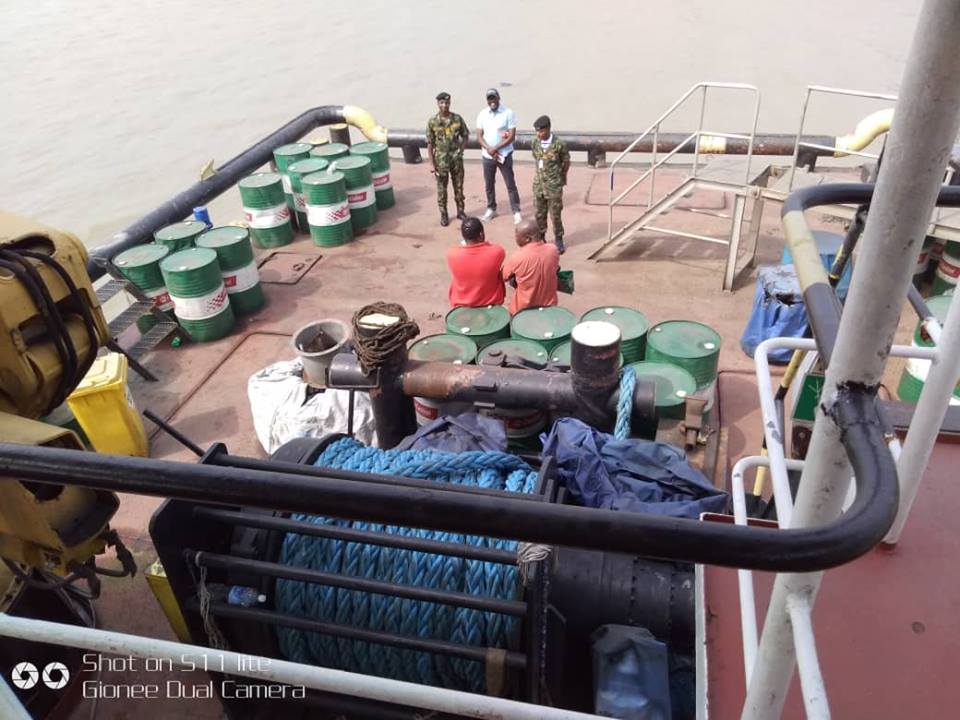 The Nigerian Navy said ON Wednesday that it arrested no fewer than 197 suspected smugglers between 2015 and 2018.

The Chief of Policy and Plans, Navy Headquarters, Rear Adm. Begroy Ibe-Enwo, disclosed this in Abuja at the commencement of activities marking the 63rd anniversary of the navy.

He said the arrests and destruction of the refineries resulted from anti-smuggling operations of the navy, adding that the suspects, boats and products hand been handed over to Nigeria Customs Service for appropriate action.

He said that “Operation RIVER SWEEP’’ was activated primarily to address increasing activities of illegal refiners, particularly in Delta and Rivers.

“During the period in focus, the navy arrested a total of 25 smuggling boats cumulatively laden with a total of 26, 984 bags of rice out of which about 5, 500 were arrested this year (2019).

“The anti-smuggling operations led to the arrest of a total of 197 suspected smugglers operating in Akwa Ibom and Cross River.

“Accordingly, the arrested smugglers, boats and products were handed over to Nigeria Customs Service for appropriate action,’’ Ibe-Enwo said.

He said the achievements of the force in curbing smuggling activities was in renewed drive towards eradicating rice smuggling in support of the FG policy on local rice production.

He said another major operational achievement recorded by the navy was the reduction in the losses occasioned by crude oil theft.

“This is reflective in the steady increase in the nation’s income from sales of crude.

“All the losses are not as a result of theft; there are losses due to shut downs, which sometimes are a direct consequence of pipeline vandalism.

“ The success of NN anti-crude oil theft operations is partly due to the Choke Point Management and Control Regime emplaced in March, 2016 and Operation RIVER SWEEP that was activated in January, 2017,’’ Ibe-Enwo.

He explained that Choke Point regime involved deployment of armed personnel in houseboats in strategic locations within the creeks, supported by patrol boats.

Ibe-Enwo disclosed that since the introduction of choke point control, several arrests had been made, leading to the destruction of barges and vessels used for conveying stolen crude oil and illegally-refined products.

“The increase in the relatively large number of storage tanks and wooden boats destroyed is attributable to the success of Choke Point Management Regime which has made it near impossible to move stolen products out to sea.’’

“ The MDA facilities help to present a complete, clear, detailed and updated maritime situation of Nigeria’s maritime domain, and by extension, the Gulf of Guinea.

“This assists in vectoring navy ships to accurate locations of targets of interest with economy of effort, surprise and cost effectiveness.

“So, the illegal maritime operators are forewarned to keep clear,’’ he said.