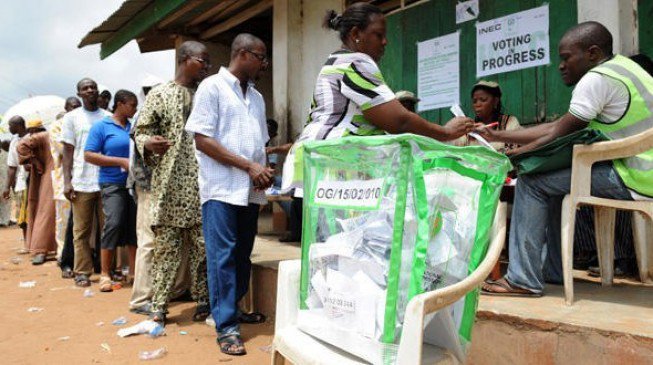 The News Agency of Nigeria (NAN) reports that Taiwo was declared winner of the House of Representatives seat after emerging winner of the supplementary election held in the constituency on Saturday.

The four-term member of the Lagos State House of Assembly and former deputy speaker polled a total of 36,115 votes to defeat his closest rival from the PDP and incumbent, Mrs Rita Orji, who scored 32, 557 votes.

The News Agency of Nigeria (NAN) reports that INEC conducted supplementary election in 71 polling units across eight wards of Ajeromi-Ifelodun Federal Constituency of Lagos State for the House of Representatives seat.

The commission had declared the Feb. 23 House of Representatives election in the constituency, inconclusive due to over-voting, non-complaince with the usage of smart card readers and violence.

Reacting after his victory, Taiwo said: “Of course, I am satisfied with this exercise, not because I won but because the INEC has shown us that they can be fair and courageous.

“That is what we need for them to have a good image.

“I give thanks and adoration to God. I feel happy, I feel elated that the Ajeromi-Ifelodun people have spoken so loud by giving me their votes.

“I am more ready now to take over the mantle and prepared to serve my people. I told them to give me today and I am going to give them four years of service.”

Taiwo said that he would concentrate efforts on healing wounds and uniting the various ethnic groups in the constituency.

“Our diversity is supposed to be our strength in Ajeromi-Ifelodun but some people are there trying to divide us because of politics.

“Together, we are going to mend all those fences. I am not ready to ask for any pound of flesh from anybody.

“We are going to move together as one family with that strength in us that make us unique in Nigeria and make better our society,” he told newsmen.

Taiwo said he would tackle youth restiveness and cultism in the area by building a youth centre for reorientation and empowerment.

“I am going to assist our youths to be self reliant and fulfil their dreams,” he said.

He commended INEC for carrying all the parties along in the entire process from the reception of sensitive materials at the Central Bank of Nigeria (CBN) till the declaration of result.

Taiwo commended the electorate and party leaders, especially the National Leader of APC, Sen. Bola Tinubu, for supporting him.

He said that he would not betray the confidence reposed in him.

Taiwo promised to facilitate federal government presence in Ajegunle, to improve the lot of the people.

Lockdown: Your ID Card is Your Pass, Minister Tells Journalists

Timi Frank to Buhari: Your speech worse than COVID-19