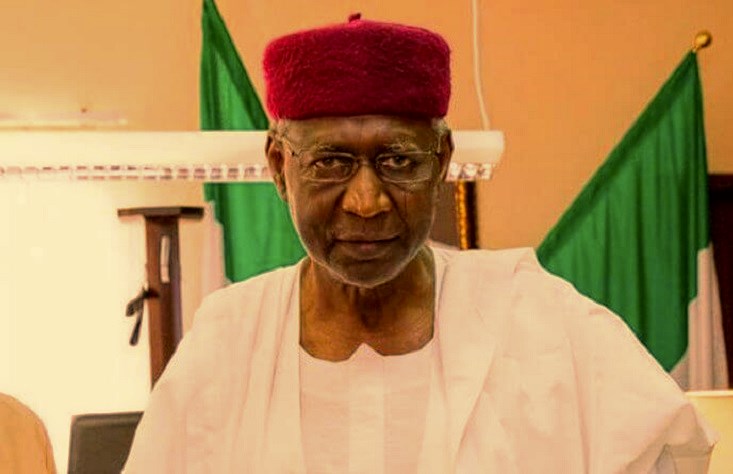 The war against corruption may have become mere comical rhetoric under the Buhari administration. This is a litany of economic and financial crimes occurring within the presidency go unexplained and un-investigated. Available information points to the chief of staff to the President, Abba Kyari as the engine room of the corrupt activities emanating from the presidency. This was confirmed to 247ureports.com by Ex General Adamu Yusuf who detailed how huge sums of looted funds denominated in United States Dollars and gold bars estimated to be worth N2 billion were recovered through an informant – which suddenly disappeared without a trace in neither the Central Bank of Nigeria nor Ministry of Finance.

In an exclusive interview with Brigadier General Adamu Yusuf (rtd), he revealed how the money was recovered by the President’s men and then looted by Aba Kyari and company.

Yusuf explained that he played active role that lead to the recovery of the funds. The funds are believed to be proceeds from the Malabu Oil Block deal. He said the funds have been shared by some highly placed persons within the presidency.

“I got very reliable information from a friend, Hon. Chuma Nzeribe that money was stashed in Flat 6, Block 1 (NNPC Quarters, Area 11, Garki, allegedly owned by former Attorney-General and Minister of Justice, Mr Bello Adoke.) Subsequently, my contact in the Villa immediately introduced me to Abba Kyari.

“I was also introduced to Gamawa, who was Director of administration in CoS’ office. I met with Abba Kyari and told him that I’m in custody of privileged information revealing where money was  stashed in a place I mentioned earlier.

“I told him emphatically that the people involved who have provided the information to expose where the money was kept need to be compensated. The Chief of Staff agreed with me totally. In fact, he promised that 20 percent would be given to them. At that time, there was no whistleblowing policy,” he pointed out.

Yusuf explained that “After getting the information, he mobilized the Director General of the Department of State Services (DSS), Lawan Daura who led the operation to recover the money. I was told it took them about three days to evacuate over the money denominated in Dollars including gold bars.

“After the successful operation, Kyari called and thanked me. The money in question was cash in US Dollars, and gold bars. It took them precisely three days to evacuate the money. After that, further attempts to reach him to fulfill his promise of compensating those who gave the vital information became very difficult after the evacuation.

“He became incommunicado. I could not believe that somebody working with Mr Integrity could easily renege on a gentleman’s agreement willingly agreed to by both parties,” he lamented.

Yusuf lamented that not only did the Chief of Staff betray the trust reposed in him, he also exposed his cohorts to danger and in the end, there is no compensation for the provision of the privileged information and no trace of the recovered fund.

According to him, “There are witnesses that know exactly what transpired. Like I mentioned Chuma Nzeribe (former member of the House of Representatives) as one of them. Another person is Buka Abba Ibrahim a former Director of Finance with the EFCC, Alhaji Gamawa who was a Director in the CoS office, they are all directors and the other ladies.

“One of them had to flee from the country, she went on self-exile, because her life was being threatened, she was kidnapped and subjected to all manner of dehumanizing acts. The most painful and shocking part of this is that after the successful operation of evacuating the stashed funds, nothing was reported as recovered because it was not reflected anywhere,” he stated. 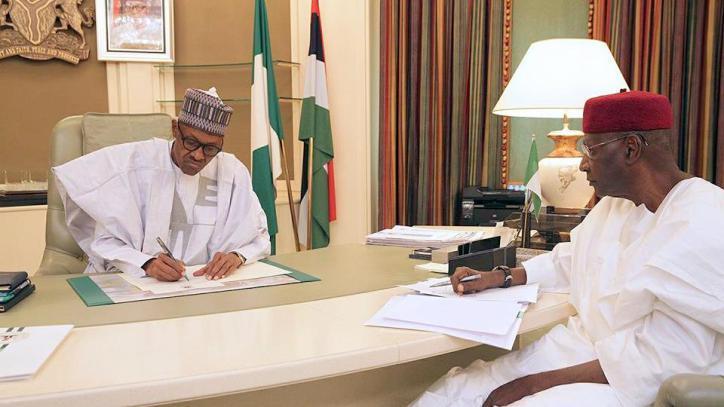 Asked if he has made efforts to personally meet with the President, he said “Yes, I met him through the National Security Adviser, Major General Monguno (rtd), he was one of my junior colleagues. When I mentioned it to him he said what and took me to Mr President.

Exonerating the President of any complicity in this matter, he explained that   “I know that he took ill, he was not around and there are many problems on his mind but it is on record that I had made contact with him and even left a document with him. I’m yet to get any feedback as we speak. I don’t believe that all the necessary information reached him. I also believe he will not preside over fraud.”

On the way forward, he said “my prayer is this: let an investigation be conducted and let the truth be ascertained. I am too old, too matured to stand before a court and tell a lie. There are living witnesses and the essence of this is to bring shame to the person who is carrying out these abominable acts behind Mr President and trying to tarnish his image.

“I know without any doubt and I can vouch that Mr President is a man of honour and integrity, that respect I have for him, it is all the more reason why am pursuing this for it to come to limelight.