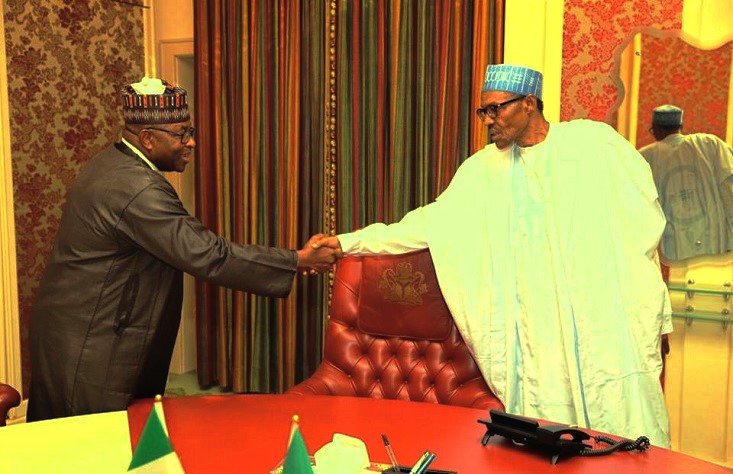 The gubernatorial election exercise conducted in Bauchi State continues to shift to spring new surprises with each new day. The battle to control the procedural actions of the Independent National Electoral Commission [INEC] appears to have become the order within the PDP and APC. According to information available to 247ureports.com obtained from competent sources knowledgeable of the activities within the Governor of Bauchi’s inner circles, Barrister Mohamed Abubakar, Governor of Bauchi State, has paid repeated visits to the President of the federal republic of Nigeria, Muhammadu Buhari in attempts to affect the final outcome of the Bauchi gubernatorial results. 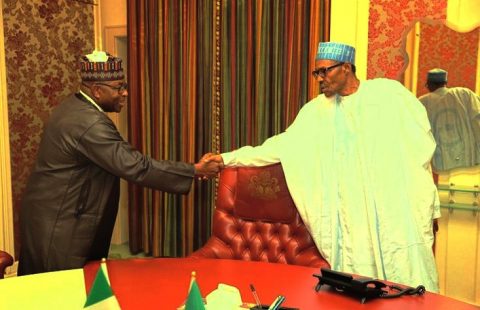 Available information revealed Governor Abubakar have visited President Buhari on two occasions. On the first occasion, the embattled Bauchi Governor pleaded with the President while on bended knees to call on the INEC fact finding committee to do the ‘necessary’ to avert a possible loss of Bauchi State to the opposition party. Of which, our source noted that the President rebuffed the embattled Governor without offering an answer. The President walked away.

The second visit to the President came as the INEC fact finding committee submitted its report recommending that collation of results be resumed – implying the Governor will be announced the loser of the election.

To this effect, the embattled Governor rushed to the President.

The second visit was made public unlike the first visit which was kept secret. Gov. Abubakar bitterly lamented how it would be gross failure and embarrassment for the party for Bauchi State to be allowed to slip away to the PDP. He pleaded for the President to call the INEC to order. The Governor specifically begged the President to direct the INEC to arbitrarily announce him [Abubakar] the winner of the election.  The Governor repeated the requested on his knees in front of the President.

Interestingly, as the Governor existed the meeting with President, he told the press that he was directed by the President to seek legal redress. Following the press briefing, the Governor headed to court seeking for the INEC halt collation of results. The courts granted his prayer.

Even more striking, as the court granted the Governor brief and sought the INEC to halt its exercise until it explains to the court why it must continue with the collation exercise, the INEC who had previously indicated that it will not obey orders ordering it to halt the electoral process, turned around and obeyed the order. 247ureports.com is not certain of the reasons the INEC opted to change and obey the order.

Meanwhile, the INEC has agreed to address the court believing it will vacate the order.