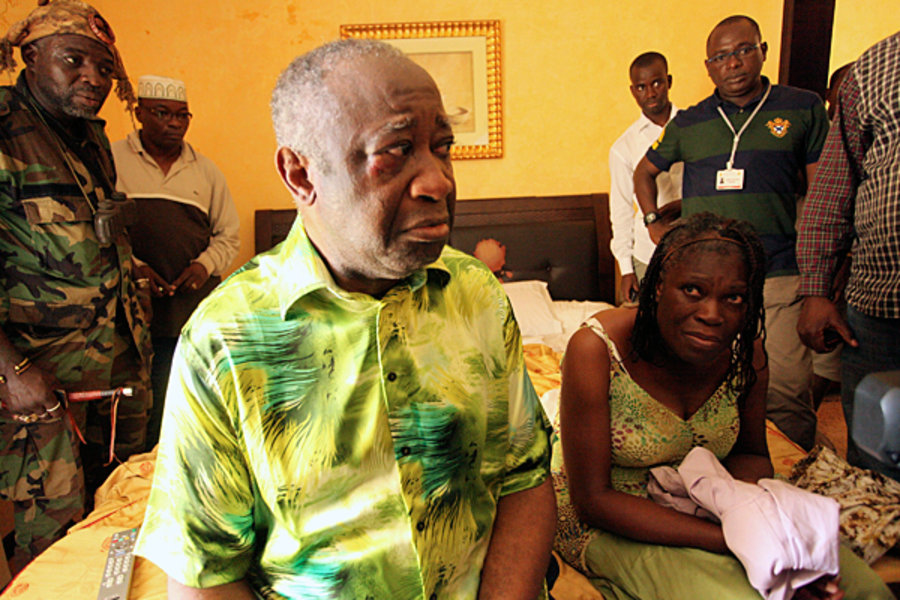 THE HAGUE (Reuters) – Former Ivory Coast President Laurent Gbagbo was freed from detention by the International Criminal Court on Friday, under the condition that he will stay in the country that accepts to take him in and that he will return to the court when asked to do so.

Reading a unanimous decision by a five-strong appeals panel, presiding Judge Chile Eboe-Osuji ordered Gbagbo and co-defendant Charles Blé Goudé “to be released to a state willing to accept them on its territories”.

Gbagbo, who ruled Ivory Coast from 2000-2011, has spent seven years in custody in The Hague.

The men were acquitted of atrocities charges on Jan. 15 but had been kept in detention pending objections by prosecutors, who plan to appeal against the acquittal and sought guarantees that the men would return to court later if required.

A spokesman for the ICC on Friday night said both men had left the detention center in The Hague “as an interim measure,” without providing further details.

Documents released by the appeals panel said both men were not allowed “to travel beyond the territorial limits of the (…) receiving State without the explicit and prior authorization of the Court,” but gave no reference to their destination after their release.

Gbagbo and Goudé need to report weekly to the law enforcement authorities of the country that accepts them, and are not allowed to make any public statement on the case, the panel said.

“After two weeks waiting in jail, it’s quite a relief,” Gbagbo’s lawyer Geert-Jan Knoops said of Gbagbo’s release. “Somebody who’s acquitted should not be detained.”

Gbagbo’s family have said he would ultimately like to return to Ivory Coast but indicated he may first go to Belgium, where he has relatives. Blé Goudé’s intentions are not known.

Gbagbo’s potential return to his homeland is complicated by the fact that he was handed a 20-year sentence there for embezzlement, after a trial in absentia, in January 2018.

Maduro says Trump out to kill him; seeks Russia talks

Judges at the trial said the prosecution case linking Gbagbo to election-related violence in 2010 and 2011, in which some 3,000 people were killed, was “exceptionally weak” and that it was unlikely the acquittals would be overturned.

But the appeals chamber was willing to hear prosecution arguments that Gbagbo might not return for future court hearings if he were set free.

Gbagbo’s acquittal was criticized by groups representing those who died in violence during the 2010 election, in which Gbagbo refused to concede defeat to his rival, Alassane Ouattara.

Hundreds of thousands fled the unrest that prosecutors blamed on Gbagbo, and victims fear his return home could revive hostilities in Ivory Coast.