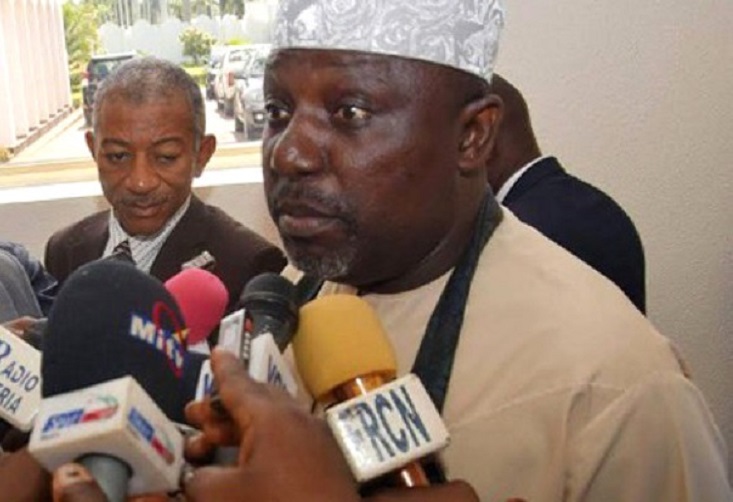 Imo State Governor, Rochas Okorocha is in secret talks with the leadership of the Peoples’ Democratic Party (PDP) for the realisation of the governorship ambition of his son-in-law, Uche Nwosu, sources said in Abuja on Saturday

Sources in Imo State Government House said that in the unfolding scenario, the Okorocha is seeking the support of the PDP leadership led by Prince Uche Secondus for an alliance with the Action Alliance (AA), the party upon which his son-in-law is seeking election after losing in the All Progressives Congress (APC) primary to Senator Hope Uzodimma.

Under the arrangement, Okorocha who is the underground  founder of AA has promised the PDP leadership bloc votes for the forthcoming Presidential Election while in return, the PDP leadership should prevail on its supporters in Imo State to vote massively for Uche Nwosu during the March 2, 2019 Governorship Election.

Okorocha who is a card- carrying member of the APC and on which platform he intends to run for the Imo West Senatorial ticket had already perfected plans to use his frosty relationship with the National Chairman of the APC, Adams Oshiomhole as an alibi for APC doom.

A source said, “Okorocha is a Fox, he wants President Muhammdau Buhari and others to believe that the failure of Adams Oshiomhole to do his biddings by accepting his Son-in-law, Uche Nwosu as the APC Governorship Candidate, apparently is the reason that would have  caused the party’s misfortunes in the Presidential Election.

“To achieve his clandestine motive, Okorocha has promised to dole out a large chunk of cash to the PDP leadership and to also secretly finance its campaign activities.”

It was also learnt that the Governor had been allegedly recruiting and arming thugs ahead of the Presidential and Governorship Elections and is believed to have compromised the Nigeria Police top hierarchy.

A source said, “You can see that despite the massive shake-up in the police, the Commissioner of Police in Imo State has not been moved. Okorocha’s romance with the PDP leadership is said to have thrown the camp of the governorship candidate of the PDP in Imo State in total disarray and keen observers are waiting to see how the governor will be able to achieve his ambition.”