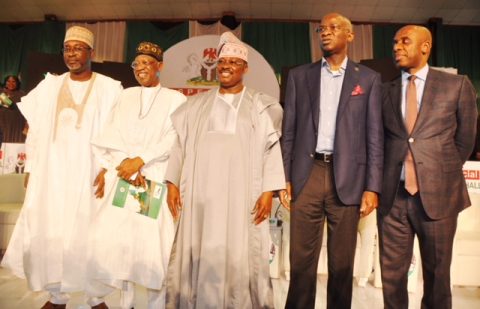 Loading ...
The Minister of Power, Works and Housing, Mr. Babatunde Fashola, has hailed his colleague in the Ministry of Information and Culture, Alhaji Lai Mohammed, for initiating the Town Hall Meeting Series which, he said, has revolutionized the way government communicates with its citizens.
Mr. Fashola made the remarks at the Special Town Hall meeting on infrastructure in Ibadan, Oyo State, on Thursday.
“Let me commend the Honourable Minister of Information and Culture for inaugurating these series of town hall meetings that have been held across Nigeria over the past three years and the details have already been provided in his brief. This is the fourteenth (edition).
“What is instructive first is that it has changed the way the government of Nigeria communicates with its citizens,” he said.
Mr. Fashola said unlike the way the government communicated with its citizens in the past, Alhaji Mohammed takes cabinet ministers to meet and share ideals with the people, a practice that provides a feedback mechanism.
“So how did government talk to you before? On NTA, that’s all, and then when election is coming. About three months to election, they rushed to town hall meetings. But what did Alhaji Lai Mohammed do? He said let’s go out communicating because we made promises to these people and we must brief them from time to time,” he said.
While reeling out the achievements of the government, particularly in the area of roads, Mr. Fashola said the present administration has 68 road contracts in the South West alone, and that 36 power projects are currently ongoing in the geo-political zone under the Transmission Company of Nigeria.
In his address of welcome, the Minister of Information and Culture, Alhaji Lai Mohammed, said the town hall meeting in Ibadan on infrastructure is the second in a series of special town hall meetings aimed at showcasing the achievements of the Buhari Administration.
“The first edition of the Special Town Hall Meetings was held in Gusau, Zamfara State, on 10 Sept. 2018, to showcase the Administration’s achievements in the area of security, in particular the drastic reduction in the number of killings in certain parts of the country,” he said.
The Minister said the Buhari Administration has made a massive investment in infrastructure in order to fast-track the pace of development.
“Whether in the area of job creation or stimulation of economic growth, investment in infrastructure is a fast route to development..
We are in no doubt that the solid foundation that we are laying in the area of infrastructure will be a catalyst to the much-needed economic development in our dear country,” he said.
The town hall meeting was also attended by host Governor Abiola Ajimobi, Minister of Transportation Rotimi Amaechi; and the Minister of Water Resources Suleiman Adamu, among a host of dignitaries.