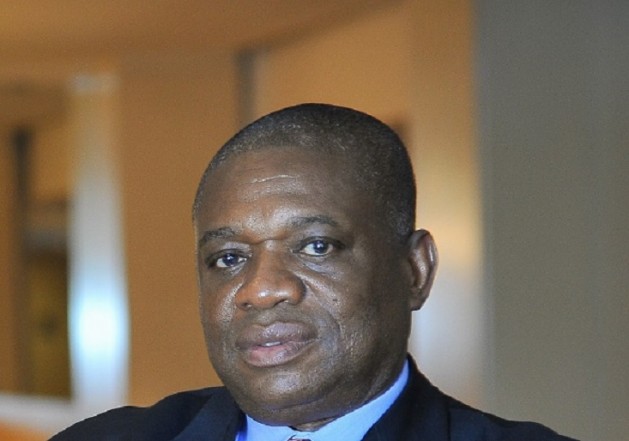 Would anyone be surprise or oppose  if Orji Uzor Kalu the former governor of Abia state  is accosted with the title  the “KING OF HOUSENEGRO” , I am quite sure no one will oppose that based on his sabotaging role he has being playing concerning the Biafra struggle and towards IPOB.

The acclaimed CIA agent has demonstrated time without number that the blood of saboteur flows continuously in his vain. This is a man who grew up in 25th Macaulay Street Umuahia after the civil war in the house of IBB and Obasanjo, these men at that time was dry cleaning the mother, for this  reason one can boldly call him the adopted son or covenant child to the Fulani’s.  He was brought up with the mentality to hate his kind and sabotage his own people. It was through Orji that Hausa Fulani’s managed and divide every kingship authority in the whole of south east, even families was divided, my own family was divided to the extent that in my kindred some of my family members belong to another village in fact, some of my cousins in the same compound belong to another village that was a mission accomplished by Orji Uzor Kalu.

From what we read on social media and from reliable sources he tried so hard and failed to induce our leader Mazi Nnamdi Kanu with billions of naira bribe for him to jettison the Biafra struggle.  At this juncture, he decided to vent his frustration by claiming to know how Mazi Nnamdi Kanu developed wings and flew out of Biafraland to London via Malaysia. The point here is how would it be? Of all people, it is Orji Kalu that announced to the whole world the escape route of a person he claimed is his brother, it is not surprising because he is trying so hard to impress his slave masters and cover up the whereabouts of our leader who is missing after the military invaded his home in Afaraukwu in Umuahia. He has continually partake in the conspiracy act to destroy his people just for his own selfish gain and is only time will tell, for the evil that will befall him is better left for an imagination.

Furthermore, Orji Kalu claimed that he is a CIA agent, one can imagine how come this acclaimed CIA agent is hustling to be relevant with Biafra struggle, and we all know he is an agent of the Hausa Fulani and the British that is why he ruled Abia state for eight good years and there is nothing to show for. He is always available to be used to subdue the Biafra people and we have seen his like before now, like Ifeajuna, Ukpabi Asika,Martain Elech, Alison Madueke, Ike Umaru Sandar Nwachkwu and host of others.

IPOB shall never spear people like Orji Kalu because we know we are in a struggle to restore our nation, we foresee the role people like him play and anytime we overcome his likes, we are energized sometimes the biggest ones are in our head-the saboteurs that tells us we can’t. IPOB is very aware that the world is divided into two groups of people those who bug them and people who kept silent and never comment on the struggle but they clearly know there are supporters and saboteurs  of which we shall never forget and forgive those  who willfully take actions that damages the  morals  and undermine  the Biafran struggle.

Orji Uzor Kalu’s  actions against IPOB and their leader  Mazi Nnamdi Kanu has been  taken to ludicrous extremity, his  aim and mission is  to kill , derail and destroy the  struggle  for the restoration of  Biafra and what awaits him is either to be arrested by Biafrans and sent him on exile for we have no prison to keep him and feed him fat when Biafra is restored.