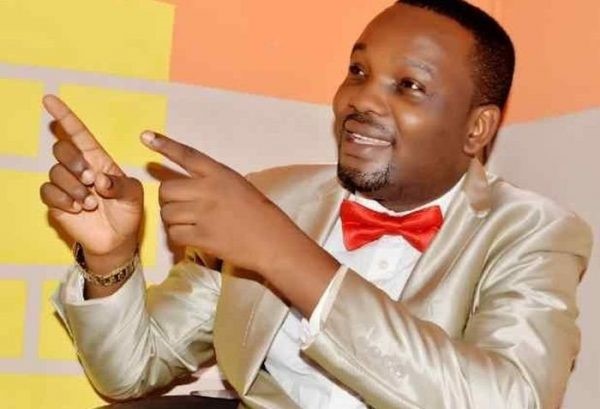 Popular Nollywood actor, Yomi Fabiyi recently shared his opinion on malicious relationships in a recent post on his social media accounts. The actor advised people to learn to stop forcing themselves on relationships or trying to make a failed marriage work especially if the other person is no longer interested in salvaging.

He wrote: “There is nothing you held on to maliciously, perhaps with an opinion you don’t want that thing to advance/progress or succeed that will not attract painful repercussion. Consequently you will need to be stagnant, dragged down or backwards to achieve that aim. Some fool themselves by adopting the new trend of evil, demon and witch craft, which is using fake accounts or proxies online to blackmail, bully or hurt their preys and targets. You will be running & still be in a spot and decieve yourself it is success. Stop fooling around with corruption of conscience, LET IT GO! If it is a broken friendship, move on, make new friends and be happy.

Somethings are better assumed irrecoverable. Ma pa ra e. If it is a stolen opportunity by someone closer, out grow it, move on and avoid seeking vengance. If it is a failed marriage or love, dont go back checking if still has pause or desire to see such partner doesnt progress, one way or the other, you are tying yourself down and you share the bigger burden, LET IT GO. If it is a hurt done on you or a backstabbing. If you are alive to share the story, forgive but don’t forget, brush it off and move on.
NEVER HOLD ON TOO MUCH ON THINGS THAT MAY TURN EXCESS LUGGAGE IN YOUR QUEST TO REACH YOUR DESTINATION. LET IT GO IF IT HAS LEFT YOU.
Selah!”

Recall that the actor revealed in an online interview earlier this year why he walked away from his marriage to enstranged British-born wife and mother of his child, Fran. In the interview, he said: “In all honesty, the marriage had faced some ups and downs for a while now. There were times Fran (the ex-wife) thought the media was affecting my decision to relocate to London. But truly, when I take a decision, I typically care less about those who feel angered by it, as long as it is not illegal, immoral or anti-social. I decided to call it quit when I couldn’t bear the stress from the media.

An upcoming actress who recently relocated to the UK began to tell some people in the media some of the things we didn’t want people to know. She snitched on me and that put my marriage at a great risk. I thought I could fight it, but at the long run, I found out there was no point trying to see if it will work. For years, I fought and, for years, it came back. It was just too much for me. I had to travel to London, last November, to make the announcement before people could misinform her.”