Home Reports How Drunk Police Man Aimed His 24 Gun Salute At My Constituent,...
Share
Facebook
Twitter
Pinterest
WhatsApp
Email
Print
Advertisement
By Uchechukwu Ugboaja
This is not another Nollywood blockbuster scene but a real live incident that occured in Kaduna state few months ago. The ugly incident was the climax of a burial ceremony of a Police who was being buried in his home town where members of the community including the Police gathered to pay this officer his last respect but unfortunately it became the scene for another crime.

Loading ...
Honourable Jagaba Adams Jagaba who represents Kachia/Kagarko Federal Constituency of Kaduna State recounted the ugly incident to our reporter, as he explained how he escaped death by whiskers when a drunk police man was alleged to have fired straight at the standing crowd who were there to observe the final interment of one of their sons. 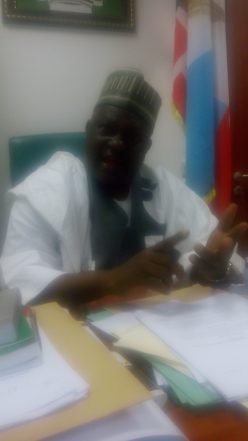 According to him, “the traditional 24 gun salute was expected to be aimed at the sky which didn’t also require live bullets, but this drunk police man aimed straight at the crowd where I and other members of my constituency where gathered and fired several shots that injured about 3 people and unfortunately rendered one of them permanently paralyzed. I was only luckily to have escaped being a victim of this incident.”
I can tell you categorically that the Police man on duty that day were drunk infact heavily drunk, secondly they used live bullets used for the 24 gun salute. Why should a police officer handling a rifle on duty get involve with alchohol these is some this wrong with that.”
Again the use of live bullets for such ceremony is also questionable, and so there must be sanctions for police officers who are drunk while handling a rifle, there should be serious sanctions and this sanction cannot be better than summary dissmisal, secondly live bullets should not be used during whatever gun salute we have rubber bullets which should be used and save the live bullets for operations against criminals and insurgents who are enemies of the society and not against law abidding innocent citizens as in this case. Instead of the police man to point at the sky he point at the people because he was heavily drunk, and unless the Police leadership comes up with an in house policy regardless of any new legislation to carryout a proper check against such occurrencies these menace may not stop,” he lamented.
The lawmaker insisted that he would continue to protect the interest of members of his constituency regardless of whatever is at State either by providing them with better opportunities at the federal level as he had been doing since his entry into the Legislator or by ensuring they enjoy improved ammenities such as pipe-borne water, conducive learning conditions, improved health facilities just to mention a few.
The young man whose name is witheld basically for security reasons appeared before the House Committee On Public Petitions with his lawyer to seek justice after several entreties to the Police had been ignored.
Similarly, the Chairman of the Committee Hon. Uzoma Nkem Abonta during the hearing reiterated the fact of how some police officers who bear these arms become a threat to the public rather than a source of confidence. Accidental to the legislator from Abia state while recounting his personal experience even as an elected lawmaker advised members of the public to always remain humble and coperative when confronted by armed police men rather than engage in altercations with them in other to avoid any form of accidental discharge by unstable police men such as this particular man who drunk himself to stuppor while on duty in Kaduna.