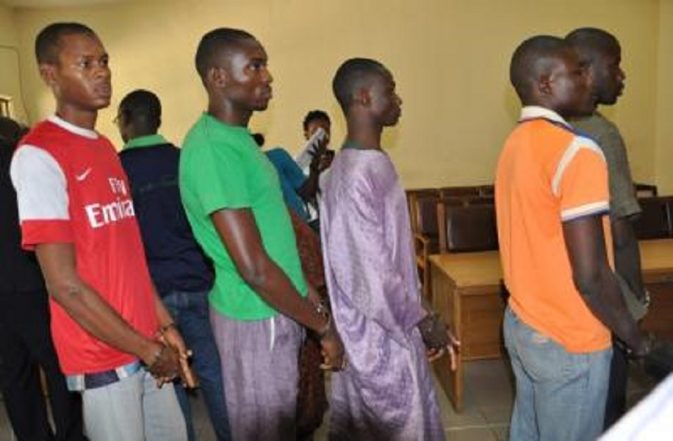 A Federal High Court sitting in Kainji, Niger State, has convicted and sentenced 45 Boko Haram members to between 3 and 31 years in jail, following the conclusion of the first phase of the trial during which 575 Boko Haram suspects were arraigned.

In a statement issued in Abuja on Friday, the Minister of Information and Culture, Alhaji Lai Mohammed, said the Court also discharged 468 suspects who had no case to answer.

Thirty-four cases were struck out while 28 suspects were remanded for trial in Abuja and Minna.

The Court ordered that the 468 discharged persons should undergo deradicalization and rehabilitation programmes before they are handed over to their respective state governments.

The trial commenced with the formal remand by the Court of 1,669 suspects for a period of 90 days, with the Court ordering that they be arraigned within the specified period or released unconditionally.

The Court adjourned the trial of other suspects to January 2018