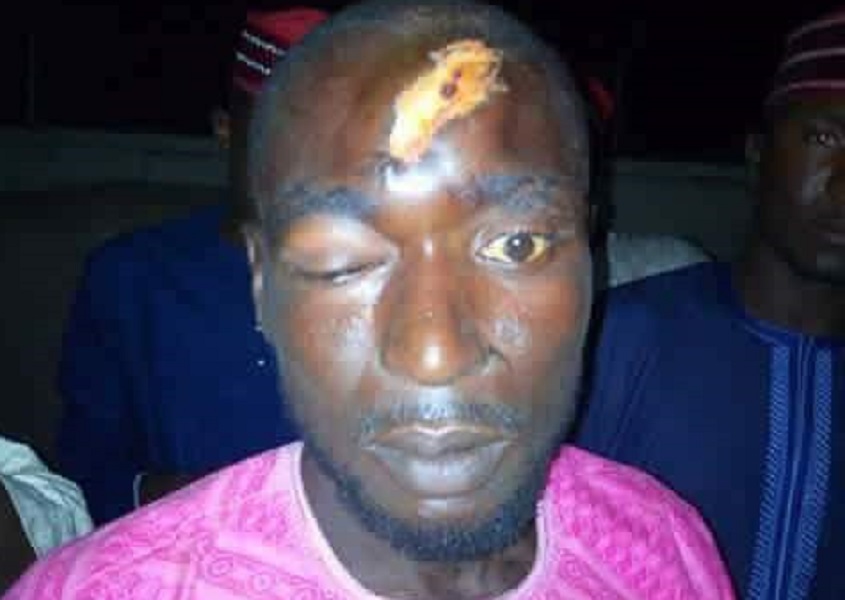 Advertisement
Information reaching 247ureports.com over the fracas that erupted at the palace of the Emir of Kano on Saturday, few minutes to the Durba to mark the Eid-El-Kabir suggests a political twist.
Impeccable sources revealed to our Correspondent that hundreds of youths recruited from Jigawa, Sokoto, Katsina, Zamfara and Kaduna were paid to disrupt Durba by the operators of the Kwankwasiyya Movement.
According to a top member of the Kwankwasiyya Movement who does not want his name mentioned, “former Commissioner for Water Resources, Dr. Dangwani, former Commissioner of State Affairs, Aminu Abdulsalam and former Secretary to the State Government, Rabiu Suleiman Bichi were seriously injured during the fracas.
“Angry mob recruited from parts of Northwest States protested when the leaders of the Kwankwasiyya Group shortchanged them, given them N2000 instead of N5000 as ealier agreed. “
The source added that the Kwankwasyya group recruited 200 youths from Katsina andJigawa,100 from Kaduna, Zamfara and Sokoto to forment trouble in Kano so as to give Ganduje’s administration a bad name.
Our Correspondent reports that ,23 people were injured during the incident, including former SSG and former Commissioner for state Affairs.

Loading ...
Some of the wounded youths including Abdulsalam Bala, Yakubu Birnin Kudu and Hamisu Gumel, all between the ages of 22 and 23, confirmed that they attacked Kwankwasiyya foot soldiers in Kano, following their inability to bear tto fulfil threir promise.
Our Correspondent who was at the scene of the incident reports that the invited thugs who were shortchanged angrily pounced on Rabiu Bichi and Dr. Dangwani who are currently on admission at Malam Aminu Kano Teaching hospital (AKTH).
All efforts to get the former top government officials for comment proved abortive.
Speaking to our Correspondent on the incident, Kano state Commissioner for Infirmstion, Malam Muhammad Garbe said the government was not aware of the development until three hours later.
According to him, “Kano state governor, Dr. Abdullahi Umar Ganduje condemned in strong terms the ugly incident that occurred at the Emir’s palace and causioned  politicians against hate speeches and violent actions.
” It is entirely out of places to use a celebration like Eid-El-Kabir to foment trouble and distabilize peace in the stste just to claim political relevance.”
Garba added that, “Governor Ganduje who and his entourage were given a rousing wekcome when he visited Emur’ palace to observe the Durba. He has also sympathized with the wounded and urged Kano residents to remain law abiding.