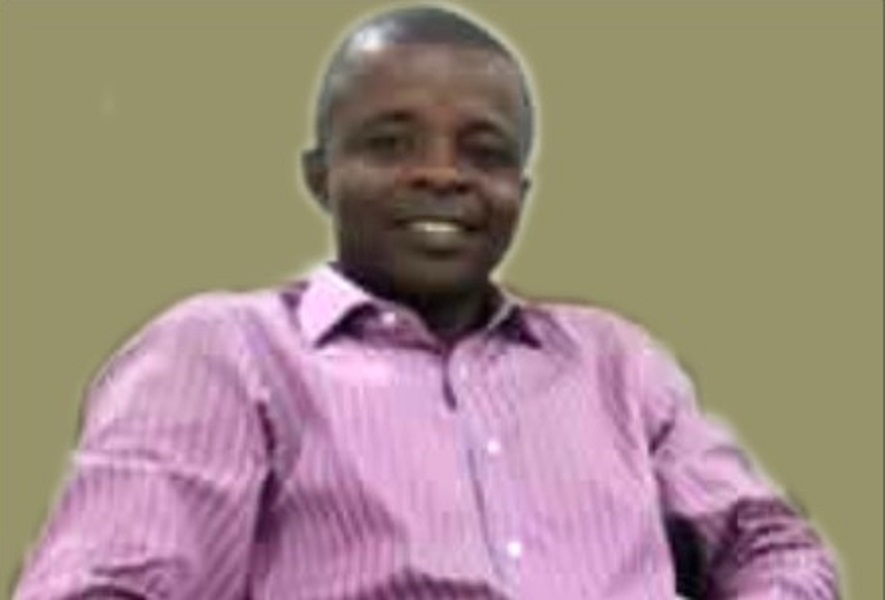 One of the most challenging riddles I grappled with during my formative years was the doctrine of Trinity. It was during my catechism class as a Catholic Christian and the topic of Trinity posed a huge task to me. This doctrine is a dogma which teaches that God, the supreme being, is actually three persons in one .These  three persons,  as I was later told, are God the father, God the son and God the Holy Spirit coexisting as one entity sharing equality in substance, essence and divinity .

As a young lad, this teaching which I had considered strange and untenable logic left me lost in the maze of high voltage confusion as I laboured to fathom how possible it was to compress three persons into one. Though I was totally disoriented by the logic of Trinity I tried not to betray my disconnect with the topic. Alas! I could not pretend for too long that I was flowing with the class for my teacher soon observed the utter confusion and frustration raging in my mind. And to douse the nagging helplessness enveloping me as regard comprehending what he was dishing out, he quickly declared, ‘Trinity is a mystery’. However, rather than clear my confusion, his declaration further left me crestfallen. What is a mystery, Sir?,I found myself asking. He then went ahead to define mystery as ‘’ a revealed truth that is beyond human understanding but guided by the Holy Spirit’.

Each time I ruminate over the marriage of two unwilling brides who had no say in their forceful and ill-fated union- amalgamation of the northern and the southern protectorates on the 14th February 1914,a day set aside to celebrate love all over the world, by Sir Lord Luggard- as well as the pre and post independence political structure of Nigeria, memories of my catechism class Trinity confusion come flooding.

The British colonial overlords probably intended the protectorates to operate in a symmetrical manner with no part of the amalgam claiming superiority over the other. This arrangement conferred on the fledgling country the form of the Biblical trinity explained above. And at independence in 1960, Nigeria became a federation, resting firmly on a tripod of three federating regions-Northern, Eastern and Western Regions. Each of the regions was economically and politically viable to steer its own ship, yet mutual suspicion among them was rife. In fact, regional loyalty surpassed nationalistic fervor with each of the three regions at a juncture threatening secession.

The late Premier of the Western Region once described Nigeria as   ‘mere geographical expression’ and later threatened “we (Western Region) shall proclaim self- government and proceed to assert it”, an euphemism for secession.

In the same vein, the Northern Region under the Premiership of the late Ahmadu Bello never hid its desire for separate identity. Just before independence, the Region threatened to pull out of Nigeria if it was not allocated more parliamentary seats than the south. The departing British colonial masters, desirous of one big entity, quickly succumbed to the threat. In fact, the North at that time did pretend it never wanted to have anything to do with Nigeria. For example, the  motto of the ruling party in that region at that time was ‘One North, One People, One Destiny’. And name of the party itself ‘Northern People’s Congress, NPC, was suggestive of separatist fervor, distinct identity.It has also been said in several publications-which no one from the north has refuted till today-that the primary reason for the July 29, 1966 bloody revenge coup carried out by young soldiers of Northern Nigerian extraction which led to the massacre of thousands of Igbo soldiers and civilians, including Nigeria’s first military Head of State, General Thomas Johnson Umunakwe Aguiyi-Ironsi was primarily to pull that Region out of Nigeria. This explained the massive ARABA(secession) protests that rocked the region shortly after the coup and Lt.Col Yakubu Gowon’s badly edited maiden broadcast proclaiming himself as the new military ruler in which he declared that the basis for Nigeria’s unity was not there. The speech was the original secession speech of the coupists where they had intended to announce the break way of Northern Region from Nigeria. The speech was however, later hurriedly edited  to remove the secession content of it after the British High Commissioner to Nigeria at that time and some prominent federal civil servants had intervened by informing the secession seeking Northern soldiers the implication of Northern Nigeria standing on its own as a country.

However, of all the secession threats since independence it was the one issued by the Eastern Region in 1966-67 following the bloody counter coup of July 1966 and subsequent genocide by Northern soldiers and civilians in which thousands of Easterners living in the North lost their lives or maimed, and the failure of Gowon to implement the Aburi Accord which was aimed at settling the crisis, that was much more potent because it was actually carried out. The result was the declaration of Eastern Region independent country with the name, “Biafra” on May 30, 1967 by the then Military Governor of the Region, the late General Chukwuemeka Odumegwu Ojukwu.

Currently, wave of secessionist sentiments are sweeping across the country with restive youths in the North and South east as the main gladiators. Some groups in the Southwest and South south have also joined the fray to demand the marriage of 1914 be ended as the basis for its continued existence have severely been weakened. However, the very vociferous agitation for Biafra’s restoration by Indigenous Peoples of Biafra, IPOB, led by youthful Nnamdi Kanu has been the loudest of the separatist movements.

Though separatist bug has also caught some sections of the country, there is no denying the fact that  even with defeat of the Igbo in the Nigeria/Biafra civil war, majority of the people, especially those born after the war harbor immense sentiment for separate political and cultural identity for the Igbo nation in the mould of restoration of the short –lived Republic of Biafra.

For example, at the return of democracy in 1999,Ralph Uwazurike , an Indian trained  Lawyer, from Imo State ignited a passion for Biafra among South east youths via his separatist platform ‘’ Movement for the Sovereign State of Biafra’’ (MASSOB). MASSOB and its founder enjoyed tremendous following and respect among mostly youths of the region that it almost became alternative government in the South east. The group’s sit-at- home orders were religiously obeyed just as the one declared by IPOB on May 30th was a monster success.

Uwazuruike’s support base has since drastically weaned following dissent in MASSOB. But from the ashes of MASSOB’s bye-gone years of strident pro- Biafra agitation came Kanu and IPOB, a much more vitriolic but charming personality and organisation.

Kanu happened on the national and international limelight through a pirate radio Biafra which he used as a vehicle to promote the agitation to actualize the Indigenous People of Biafra (IPOB) quest for independence. Two factors have so far worked for Kanu in his separatist agenda: His long incarceration by the Buhari government over Biafra and the recent quit notice given to the Igbo residing in the North by Arewa youths. Both factors, apparently unknown to president Buhari’s handlers, have helped and still helping IPOB and Kanu’s cause. One, his incarceration for almost two years helped to project him to his supporters, a mass of Igbo youths, and the international community as a prisoner of conscience and freedom fighter.

Secondly, the thoughtless quit notice by Northern youths to the Igbo resident in the North, has not only made Biafra more attractive to most South easterners and portrays Kanu as a messiah of the Igbo but has triggered off chain of secessionist sentiments in the South west and South west.

Random sampling of opinion of pro-Biafra supporters indicates that they have rock-solid belief in their cause and are even prepared to give their lives to actualize it. They also believe that in no distance future, Biafra will be realized and point to the total compliance  by the entire South east and some parts of the south- south states like Delta and Rivers to IPOB’s sit-at-home order as evidence of the justness of the Biafra cause and unstoppable progress of their dream.

While those of us who belief in the unity of Nigeria may not agree with Kanu’s campaign or campaign of any group or ethnic nationality to dismember Nigeria, the truth must be told to the effect that the whole gamut of restiveness of youths, whether in the South east, South south, North or Southwest, and resurgence demand for the dissolution of Nigeria stem from mindless exclusion, injustice and economic deprivation. The template to solve these problems is already there: the Report of the 2014 National Conference. The holistic implementation of that report is germane to the survival of the Nigerian which is right now in its most fragile state since the end of the civil war.

Sadly, while President Buhari continuously mouth his determination to preserve the union, the feudalistic and oligarch nature of his government and his handlers have collaborated to ensure that the confab report is not implemented. The Buhari government is doing this country more harm than good and quickening its disintegration by insisting that Nigeria’s restructuring via the implementation of the report will never happen.

I believe that the likes of Kanu  would instantly fizzle away and their cause dies naturally, if Nigeria is restructured to ensure more inclusiveness. But agitations for the death of Nigeria cannot go way when nepotism and sectionalism continue to be evident in the manner of political patronage and distribution of our common patrimony as currently obtained.

It is barefaced truth that the Nigerian state has not treated the Igbo, one of the three tripods on which the federation of Nigeria stands, fairly since the war ended. The situation is exacerbated by the current government with its mindless near-exclusion of that zone in government appointments.

In fact, President Buhari’s remark shortly after assuming office that he would treat those who gave him 5 percents votes differently from those who gave him 97 percent votes is one of the very potent factors that fuel the raging Biafra agitation, and the return of militancy in the South south as well. Obviously, Mr. Buhari’s ‘hate’ speech was targeted at the two zones which together did not give him up to 10 percents of votes during the 2015 presidential election.

And specifically to the governors of the south-east states, they are not expected to support a group that is advocating for the dissolution of Nigeria but as at this material time, Biafra agitators are still their subjects and citizens of this great country. That alone qualifies them to be listened to.

Finally, the Igbo, especially its youths, should allow sanity prevail over emotion. I hold the opinion that if by omission or commission this agitation is allowed to sail through, Kanu may not be the messiah they lost their limbs for. Chance are that, Kanu, from the character he exudes, may want to establish what Niccole Machiavelli called the ‘’hereditary principalities’’. For example, he now parades himself as the supreme leader of Biafra with his supporters equating him with God.

‘’The destiny of the ship is not in the harbor but in sailing the high sea’’ and so shall our collective responsibility  be, not to destroy this great nation  but join hands to nurture and sustain it . If we are able to manage this situation and other social menace effectively and navigate out of dangers of disintegration, it will once again, announce the arrival of a brand new  great nation where peace and love shall reign supreme. But, then, no nation enjoys durable peace without justice and stability without fairness and equity!