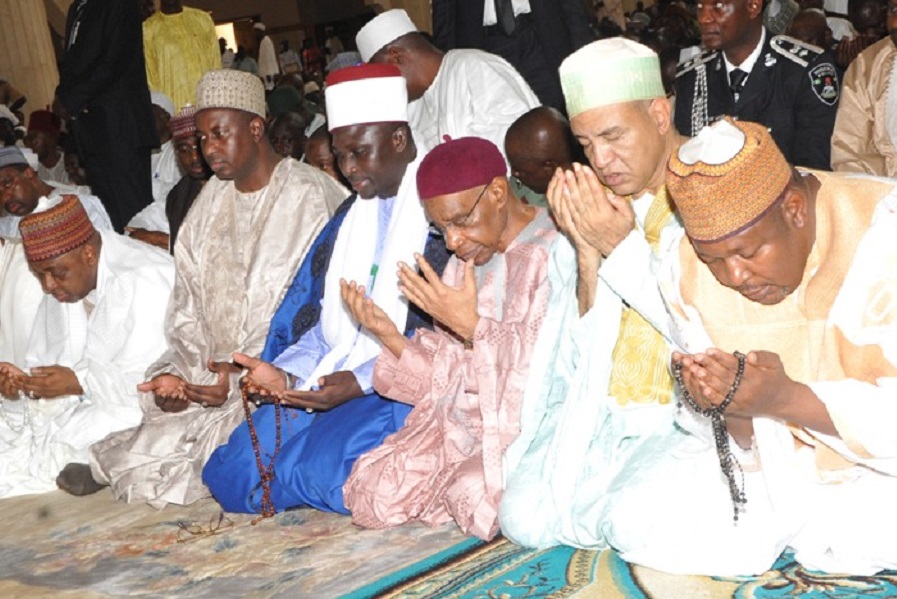 The Nigerian Christian Elders Forum, the organisation of senior citizens in Christianity, has called on Nigerians in the Diaspora to come together and rescue their fatherland which is currently suffering because of a cracking foundation.

The organisation warned that in Northern Nigeria, the prevailing mindset had been “to turn the country into a caliphate.”

The forum premised its argument on the fact that their policies were “responsible for, promoted or established directly or indirectly, Boko Haram as an insurgency and Fulani herdsmen”, all in a bid to justify the theocratic agenda they have for Nigeria.

The chairman of NCEF and renowned legal practitioner, Solomon Asemota (SAN), said these in Washington, D.C, United States in a paper entitled: “A Quest for peaceful resolution of conflict of ideology, democracy and Islamism in today’s Nigeria”, which he presented at the just-conclude Africa Peace, Security and Synergy Summit.

The paper was obtained by journalists in Jos on Thursday.

Asemota said, “The prevailing mindset in the North is to turn Nigeria into a caliphate. In the circumstance it may not be far-fetched to suggest that their policies were responsible for, promoted or established directly or indirectly, Boko Haram as an insurgency and Fulani herdsmen all in a bid to justify the theocratic agenda they have for Nigeria.

“One may ask why it was necessary that the leadership of the Armed Forces, Army, Navy and Air Force, the Police, Intelligence Services and most of the para-military – the NDLEA, Custom etc are headed by only Muslims.

“Now that the Nigerian foundation is cracking, it is the view of the NCEF that indigenous natives of Nigerians in the Diaspora must come together to liberate their fatherland from 21st century colonialism or Jihad. The above facts are indictments on all Nigerians including members of the NCEF.

“It is time we, as Nigerians, join hands to tell the colonialists and Jihadists to back off. What 21st century Nigeria needs is the reconciliation of all Nigerians and this can be achieved through the South African model of Truth and Reconciliation Commission.  Some say that such a commission might divide us further. This we reject because we know that Taqiyya (deceit) has played a very important part in governance in Nigeria. We are convinced that knowledge of the truth will unite Nigerians.”

The organisation called on President Muhammed Buhari and (acting President Yemi Osinbajo to set up TRC, saying it would identify the points of agreement and disagreement as to what constitute “facts”, “ideology” and “human persona” and how they were exhibited in the past and present to guide the future of Nigeria.

“The commission will strengthen our institutions against future onslaught by strong men, whether Christian or Muslims”, NCEF said.

Asemota described as unfortunate claims which suggest that the menace of Boko Haram and Fulani herdsmen were mere miscreants engendered by poverty when Islamist teaching provided that all lands over which Muslims have passed through or settled upon throughout the world are sacred space for which Muslims must conduct a jihad and, if necessary reclaim.

He said, “Cattle grazing routes in Nigeria that were established by the Sardauna in the years before independence in the Middle Belt, have since been declared sacred space which the herdsmen are required to reclaim. If this is incorrect why are the Herdsmen so violent in complete disregard of the sanctity of lives?

“A prevailing narrative that conflicts between Fulani herdsmen and their Christian victims are merely ‘clashes between nomads and farmers over land’ due to global warming is perpetuated by western governments and academics who are afraid to recognize what is happening as a “clash of civilizations.”

Asemota charged Muslims to stop the adulteration of their faith because it will be wrong to blame other Nigerians for Islamism.

“Even now, Nigerians woke up to learn the country had joined a coalition of Islamic countries against terrorism led by Saudi Arabia when Nigeria is not a Muslim country and we were not consulted.

“Colonialism provides an unjust system of rule which condemns the indigenous natives to servitude under the arbitrary domination of strangers first by Fulani, then by the British and now by Fulani/Hausa”, NCEF stated.