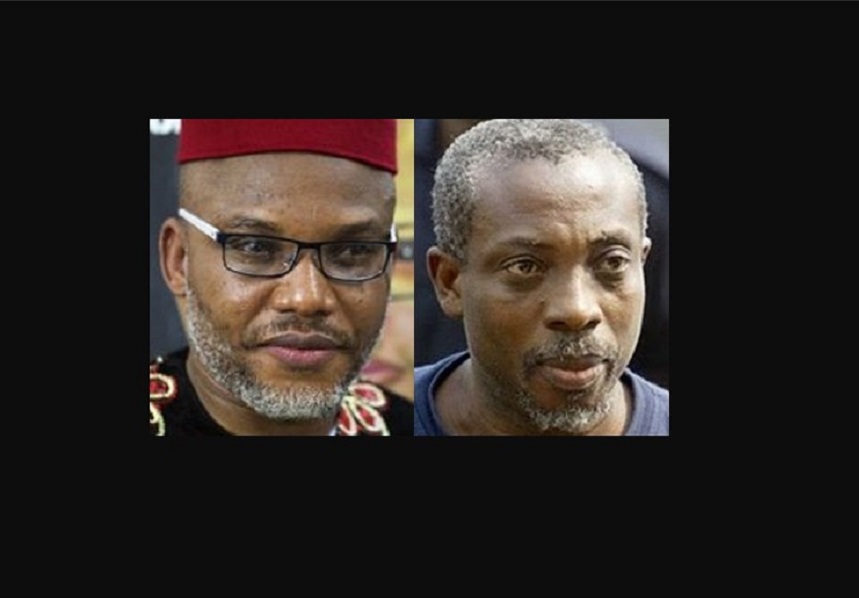 Uwazuruike is a drowning man who would clutch at anything for survival. When he was collecting blood money from Nigerian politicians didn’t he know that he placed a price tag on his head and by extension the entire struggle for freedom. He sold himself cheap because of his insatiable greed.

Everything about him is a lie and fraud and the blood of those that died under his command will haunt him forever. Nnamdi Kanu funded Radio Biafra from his own pocket after the initial 3 months Massob provided support elapsed. The whole world knew Nnamdi Kanu was on Radio Biafra soliciting for assistance in 2009. How can Uwazuruike claim he is the founder of the station when it’s a big lie.

He is comfortable with lies that is why he finds it so easy to deceive the few gullible ones with him in his BIM. If he is a man of the people let him come out and take a walk in Owerri and see if he won’t be stoned. He should focus on his real estate business and running his hotels. Biafra restoration is for serious minded people not criminals like him.

Every Biafran knows that the current Radio Biafra making waves all over the world had no input from Uwazuruike. Our leader founded Radio Biafra and relaunched it in April 2014 with the active support of Uche Mefor his deputy. Uwazuruike was too busy selling his soul to the devil than concern himself with genuine Biafra agitation.

He foolishly travelled to Kaduna out of the need to impress his Hausa Fulani masters because he is nothing more than an Arewa stooge and informant for DSS. He has gone the way of most Igbo politicians with political godfathers in the North or West, men without honour or any sense of pride.

Nnamdi Kanu and IPOB is a different ball game all together and our enemies know this. Uwazuruike should go and hang his head in shame. The fact that he is not ashamed of himself or how he betrayed the struggle is indicative of his criminal mindset.  He is finished and no amount of cheap propaganda can save him. Nobody is blackmailing Uwazuruike, he is the architect of his own downfall due to greed. Such a person is his own worst enemy.