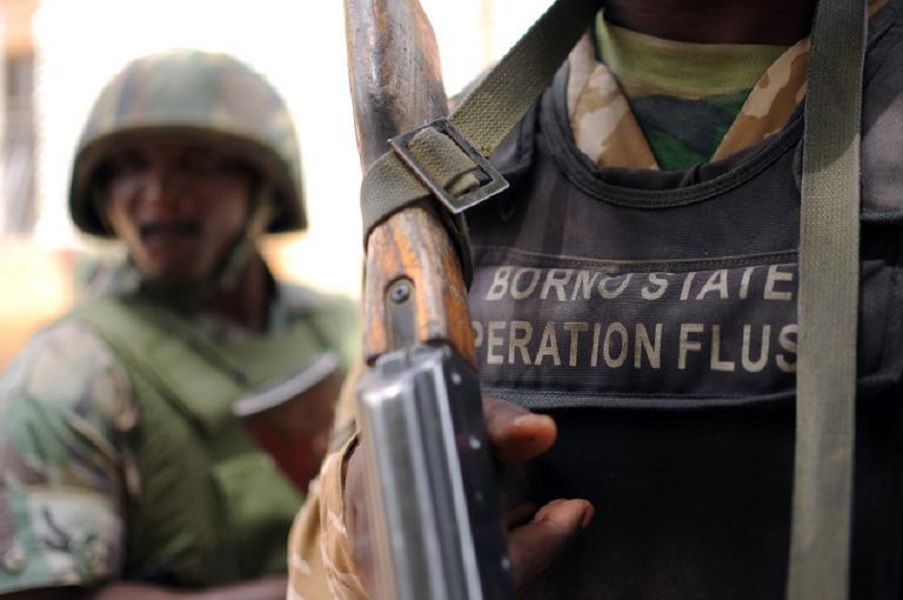 Over 50 civil society organisations in Nigeria on Thursday gave an assessment of the security situation in the North East and concluded that all is now well.

They however, advised that the Nigerian military should maintain vigilance in the North East over the Boko Haram terrorists to ensure their total extermination.

The CSOs under the aegis of Coalition for Change and Good Governance (CCGG), said Boko Haram has been defeated adding that while the political wing of the Islamic sect had refused to yield to efforts by the Federal Government  to declare Nigeria a terrorist free nation, the militant wing had continued to flee.

The CCGG made its position known in a communique issued in Jos, after a one-week tour of Maiduguri and some parts of the North East.

The Coalition simultaneously deployed its assets, which comprised researchers from its member-CSOs to the north east states comprising Adamawa, Bauchi, Borno, Gombe, Taraba and Yobe. While Boko Haram terror activities initially spanned the entire six states, the terror group heinous acts were later concentrated on Borno state, which was incidentally the birthplace of the insurgency, as it witnessed the most brutal of terror attacks. The higher number of researchers was  therefore deployed to Borno as the requirement was higher there.

The researchers adopted the appropriate approaches for collecting information, facts and evidence.

The situation in the areas visited were directly observed to give indication of prevalent atmosphere including how much of natural daily socio-economic activities have resumed and at what intensity. The observed trends were compared with documentary accounts of what obtained in the areas prior to the birth of Boko Haram.

Researchers were able to interview respondents from among the local population, who were able to give accounts of their experiences before the start of the Boko Haram insurgency, at the height of the terrorists’ activities and in the wake of the Federal Government’s intervention. This mode of information gathering was to bridge the gap created by the level of education in the area and the need to be able to monitor non-verbal cues of respondents.

The researchers analyzed media reports of the Federal Government anti-terror efforts in the two years preceding May 29, 2015 and the two years after, covering a four year period. This layer of research offered insight into the diligence with which the war was prosecuted.

The Coalition’s research found that:

Life is returning to communities that were earlier dislocated by Boko Haram terrorists with residents beginning to resume the economic activities that were disrupted by the these killers. This conflict significantly with stories making the rounds that the northeast is a wasteland.

The efforts of the Federal Government vis a viz the military operation against the insurgency particularly is yielding results. Incidents of successful attacks by the terrorists has become more of the exception more than the rule.

The war against insurgency has clearly been won courtesy the military and all the sister organizations including traditional and religious groups that made the victory possible. Gallant troops are not relenting in their efforts particularly the Army, which is championing the fight to secure the country for Nigerians.

Coalition members visited the defeat of Sambisa Forest, driving on roads that were earlier closed but have now been re-opened while the return of normalcy to the towns bordering Nigeria’s neighbors was verifiable.

In the course of interaction with the local population, people testified as to how they have been able to return to their communities that the terrorists once overran but have now been returned to the original inhabitants who are now back to rebuilding their lives.

The local population expressed concerns that mischief makers are exploiting the mood of the nation to scale up propaganda in the media to create the wrong impression to Nigerians therefore casting aspersions on Acting President, Professor Yemi Osinbajo and the sterling performance of the Service Chiefs.

In the war against terrorism, the Federal Government under the able supervision of the Acting President has performed very well to an extent that the President will be very happy when he returns from his medical leave being a man that hates the shedding of blood of any Nigerian.

Based on the above findings it is safe to conclude that the war has been won. Reported attacks by so called Boko Haram for most part of 2017 were attempts by those that want to resurrect the defeated terror group to create Boko Haram 2.0, in pursuit of a sick agenda to keep the population terrified.

There has to be more decisiveness in going after those that continue to sponsor activities to revive terrorism in northeast Nigeria or any other part of the country.

It is recommended that the CSOs hold a mega victory rally in Abuja to celebrate the achievements of the Federal Government in its victory over Boko Haram.

The CSOs should institute research and intellectual discourse to dissect the best possible ways to sustain the victory that has been won by the Federal Government through the various approaches adopted by the military to curtail the menace of terrorism in Nigeria.

There should be a discourse on ways to accelerate and improve on the deradicalization of former Boko Haram members that have yielded to superior fighting powers the state as the military have been able to force many to surrender.

Nigerians, particularly leader of thought should be invited to condemn in totality attempts by agents of darkness to revive Boko Haram using a section of the media that propagate sponsored reports without any visit to the north east or any part of the country once oppressed by Boko Haram.

The CSOs commend the Federal Government and the Acting President for sustaining the level of victory in the north east in the absence of President Muhammadu Buhari who is on a medical leave. The loyalty of the Service Chiefs to the democratic authority that made victory possible is noted and must be commended.

There should be a toning down of the unnecessary focus on complicating issues with ethno-religious sentiments. The practice has only worsen issues that could have been more easily addressed if everyone involved take nationalistic view of them.