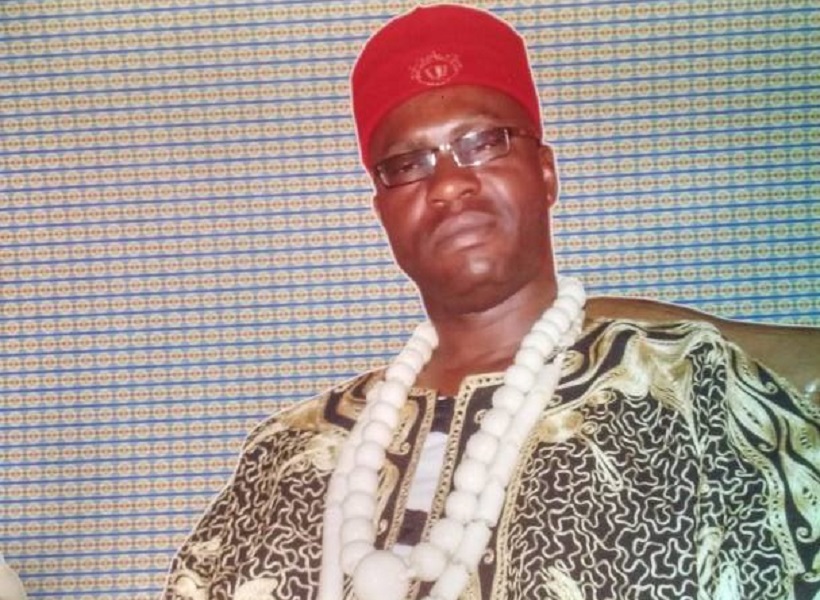 Enugu The traditional ruler-elect of Nteje community in Oyi local government area of Anambra State, Dr. Charles Aduaka, has called on indigenes of the community to be law-abiding and have faith in government and its agencies to amicably resolve the ongoing impasse in the community.

He said the call became imperative in view of the growing tension in the community, which he feared, might further endanger lives and property.

The community was recently engulfed in crisis which claimed some lives and valuable properties and subsequent arrest of some Nteje indigenes by security agents.

The crisis was attributed to land dispute in the community were some people organized themselves and became land speculators, and have been illegally selling communal land for many years, which now backfires.

Dr. Aduaka, who spoke with newsmen in Enugu, however, urged Nteje elders to embrace peace and not to take sides no matter the interest they want to protect.

The legal luminary pointed out that the main reason for government’s intervention in the crisis “is to ensure that the ensuing dispute is resolved and forestall people taking the laws into their hands while appropriate actions is taken within the ambits of the law.”

He further explained that the issue was not that of chieftaincy struggle as was wrongly speculated by some individuals saying it was an internal crisis among members of one the quarters in Nteje community.

“For the avoidance of doubt, after the demise of the Igwe Aborgu I, Igwe S.A.C Nnaemeka, the Igwe-in-Council requested the quarter which it was their turn to produce the next Igwe by electing among themselves a candidate that will be presented to the community.

“Only two of the candidates, Peter Uyanwa and Charles Aduaka participated in the process and December 28, 2009 was earmarked for the election.

“On the day of the election, Peter Chidi Uyanwa stepped down for me, (Charles Aduaka) and a referendum was conducted and I got over 3,500 votes. On January 2, 2010 the (Igwe-elect) was presented to Nteje community at Ama-Ana square Nteje.

“On January 10, Nteje community presented the Igwe-elect, Charles Aduaka, to Oyi local government waiting for the Secretary to the local government to present same to the governor in compliance with Anambra State Traditional Rulers Law.”

Continuing, Aduaka said that a letter was subsequently written to the then governor of Anambra State, Peter Obi, calling for recognition of Rowland Odegbo, who he said, did not participate in the selection process conducted by the Igwe-in-Council.

Surprisingly, Odegbo went ahead to parade himself as the traditional ruler of Nteje on account of which Aduaka headed for the Anambra State High court, Otuocha where he instituted a suit number OT/35/2010 and on 18th June 2012, the court presided by Hon Justice J I Nweze made an order restraining him from parading himself as the Igwe of Nteje, Aduaka said.

According to him, Odegbo went on appeal and on 10th November 2016, the Court of Appeal, Enugu Division in Appeal No. CA/E/322/2012 dismissed his appeal in a unanimous decision for lack of merit.  He said that Odegbo further claimed to have appealed the decision of Appeal Court  to the Supreme Court and  it was on that strength upon which he has continued to parade himself as traditional ruler.

This, Aduaka contended, was contrary to the position of the Attorney-General of the Federation issued on 7th March 2014 that a notice of appeal does not serve as a stay, an indication that Odegbo’s action was contrary to the rule of law and order of the court.

Reacting to a comment by a renowned actor, Pete Edochie, a native of the community who referred to Odegbo as traditional ruler of Nteje, Aduaka said that he (Edochie) was not properly informed as he was not present during the selection and presentation processes.

He described his comment as out of place more so when the matter was now before the Supreme Court after Odegbo had lost at the High court and the Court of appeal.