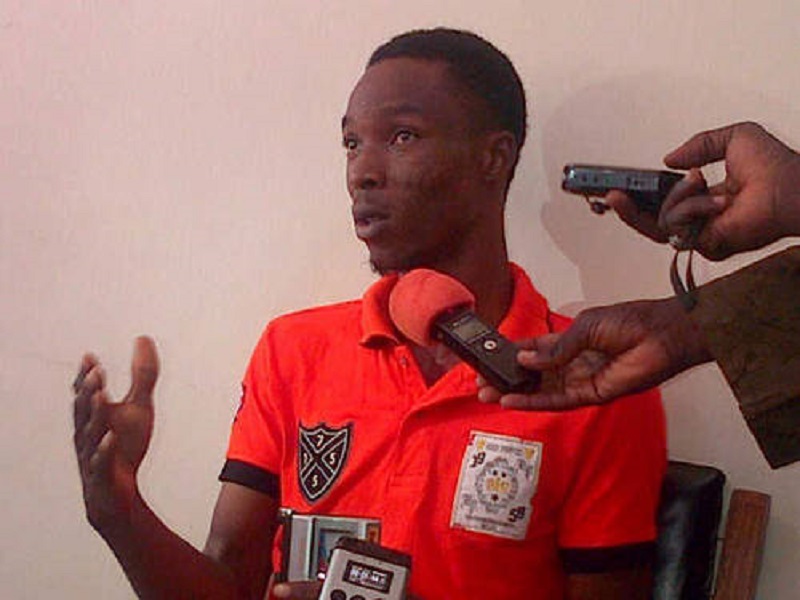 FEJIRO OLIVER! Fake name. Fine writer. That is the beginning of the puzzle. Why would a promising journalist with fastidious and incisive intellect write under pseudonym?

Born ethnic Urhobo as Tega Oghendoro, self styled fejiro Oliver, a loud lad in his 20s befuddles more in looks – tiny like ramrod and fragile like Rhodesian gazelle. But his opaque and effeminate personae would vanish pronto in vagueness, once you encounter the boy behind the mask.

Fejiro Oliver is the enfant terrible of cyber journalism. Shockingly bold and terrifyingly blunt. Never timid or tired, his heart is neither faint nor fickle. He has stamina both in body and brain.

As a younger colleague who defer to me in deep unpretentious respect, I reckon Fejiro with fond attention. Read him in print or online media, he stuns. Juxtapose Fejiro’s journalistic endeavours with the embarrassing syntax and semantics disasters we see every day among many of his ilk on the social media and you got me!

A product of sound education, his writings are tinged with logic, depth, research and ornate brilliance. E’ boy ina kaka bor ye school (This boy truly went to school) – As the Binis would say. Mentored and encouraged, he would surely rise to be the best editor VANGUARD, THISDAY or better still THE GUARDIAN, would ever have on record.

But then, I hold an open view even to Fejiro that he is too extreme and unconventional. By consequence, his crusades ever unrestrained make him susceptible to allegations of blackmail and cyber media terrorism. However, the onus of proof is on those who often accuse him of yellow journalism.

But he has an Achilles’ heel. He dares too much like Okonkwo in Achebe’s Things Fall Apart. Could it be exuberance or energy that goes with the morning of virgin youth? Perhaps, he is enamoured with the big bug of all leftists – iconoclasm like queer but no nonsense egg head, Wole Soyinka who stormed a Radio station with a gun! So relieved that Fejiro only deploys something less frightening but even mightier than a gun – Pen, in his endless riot against the establishment. Now he is in trouble again for his virulent verses. In Lagos prison!

The details are still sketchy but we hear he is in detention for helping to amplify the story of a whistle blower out to expose bank fraud. Ludicrous! What a strange offense? We thought whistle blowing is the best patriotism under President Buhari’s CHANGE agenda. This government self. Fela!

It is a doubtful conjecture whether this incarceration would change Fejiro to mellow. This is not the first, second or third time he would have a brush with the authorities. He seems to covet courage under Fire. Possible, I would have volunteered to spend time to counsel Fejiro all night, on the cold floor of his dingy prison: Nigeria is not worth dying for, no thanks to the thankless fate of Dele Giwa, et al.

I witnessed Giwa’s rites of passage with a friend Dele Ailemen in 1986. He was abandoned in a forest in Ukpekpe Ekperi village, near Adams Oshiomole’s homeland. Dan Agbese, journalist – poet, later wrote a haunting dirge “We left Dele Giwa in the bush.”

Good enough Fejiro has every reason to live. Long he will. He has a teenage wife and I guess, a toddler. She needs his love and more babies! Brilliant babies that would do better than him in life to change Nigeria for good.

Nobert Chiazor is the Chairman of Delta State Chapter of the Nigerian Union of Journalists.