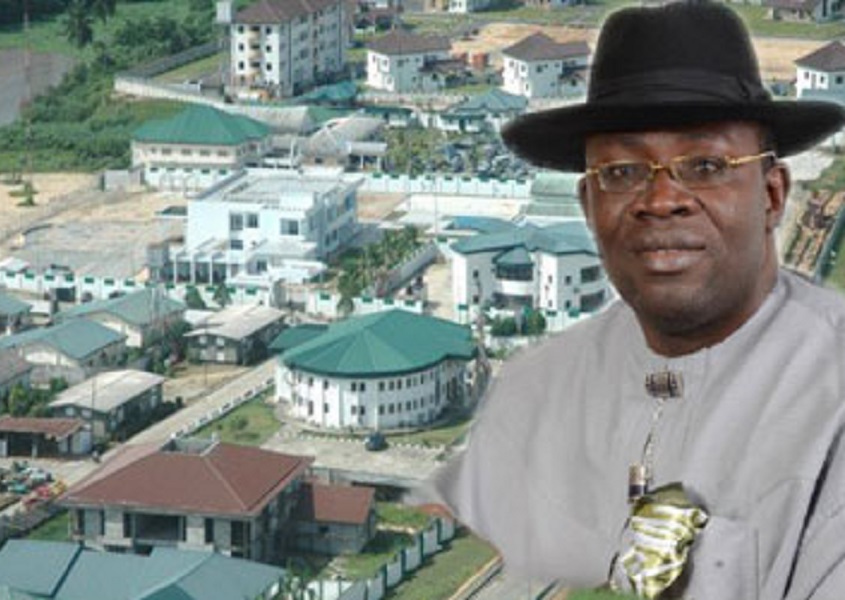 The organisation in a statement issued on Wednesday night in Yenagoa, by its Coordinator, Godstime Alaowei, expressed disappointment at some individuals and groups within and outside the state who have taken delight in running down the Dickson’s because of his comments on the development of the state and the Ijaw nation during the 2017 Isaac Boro Day in Yenagoa.

The governor ‎had during an event on Tuesday stated that in the last six years, the Niger Delta and Bayelsa would have been more developed if some of those who occupied and still occupy political offices had shown commitment and strong will to do so.

Dickson’s observations had generated unimaginable reactions with some people misinterpreting it to mean an indirect indictment of former President Goodluck Jonathan.

But Alaowei condemned those “who have turned the harmless remarks upside down”, in order to suit their‎ jaundiced political interest and plots aimed at disparaging the governor out of envy.

The group described those behind the wrong ‎recycling of the governor’s comments as sadists, busybodies and naysayers who may be suffering from a health challenge affecting their brains which makes it very difficult for them to understand spoken words.

Alaowei said there was nothing wrong in what Dickson said to warrant all the unsolicited analysis, outcry and dissipation of energy ‎by those who are obviously against development in Bayelsa State and the Ijaw Nation.

The statement read: “We condemn this unnecessary attack on the countryman governor of Bayelsa State because of the speech he delivered during the Isaac Boro Day. To us the attacks are unnecessary and‎ done clearly out of envy and mischief by disgruntle people.

“We have seen in some reports especially in the social media how the remarks by His Excellency was misinterpreted. Anyone who had listened to him will know that all he said was correct and factual. And so as a group will stand to support him.”

The group agreed with Dickson that the Pull Him Down Syndrome which has become the bane ‎of development in Bayelsa State‎ would have consumed him if not for God and the people who have always stood by him as those who should have helped him to improve the state did not do so.

They challenged such politicians to point out in the last six years what they have done to take Bayelsa to the next level and maintained that the state is on a fast lane of development because‎ of the governor’s sagacity and foresight.

The‎ ABYC‎ advised Dickson not to be distracted by the uncomplimentary review of his remarks but to stay focus and ensure that he delivers on the mandate which Bayelsans gave to him based on merit.

“It is obvious that the Pull Him Down Syndrome is still on and those who are the sponsors are bent on having it consumed our governor but we urge him to stay on the path he has always been. We on our parts will always support him”, ABYC said.