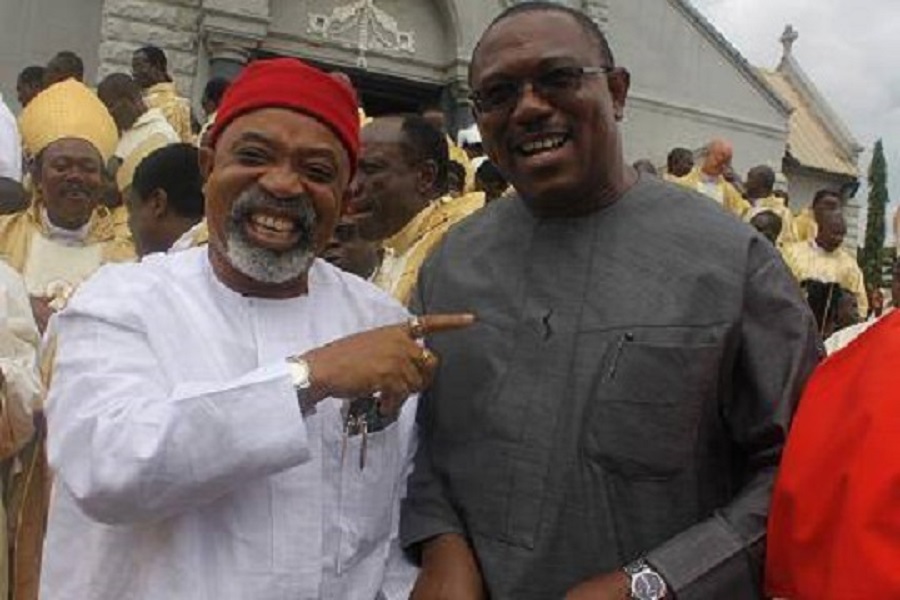 In a strange and unpleasant turn of events, the ruling All
Progressives Congress (APC) has suddenly swept through Igboland like
an invading army and swept away our ageing political leaders and some
businessmen. It is as though we are all watching a tightly scripted
movie and these red-capped Igbo leaders and businessmen are the
symbolic prisoners of war…victims of incendiary commentaries and
thinly veiled threats of scorched earth policies against the 5% that
failed to vote APC in the last general elections.

Instructively, before this sudden surge by APC, there had been subtle
threats by the party’s megaphones in the South East who felt
emboldened by its growing high-handedness at the national level that
have gone unquestioned for a while. The flagrant disregard for the
sanctity of human lives, the brazen contempt for the doctrine of
separation of powers and the iron-fisted crackdown on opposition
elements are just a few of the excesses of the APC that have
influenced the tenor of the rhetoric deployed by its stalwarts in the
South East to cow the decamping Igbo leaders to submission. In
mid-December last year for instance, Governor Rochas Okorocha of Imo
State fired the opening shots of APC campaign in Igboland when he
threatened that the party would take over Anambra State from APGA.
Okorocha was not clowning this time. He merely let slip a grand plan
that his comrades had hatched at the highest level. Since then, he had
ratcheted up more attacks on Anambra for obvious reasons…Anambra is
the very heart of Igboland. APC’s capture of Anambra is symbolically
the final conquest of an enclave where Nigeria has met the stiffest
resistance in both war and peace times. Okorocha’s masters are in full
awareness of this symbolism and have effectively primed him to lead
the assault.

As would be expected, Okorocha and his minions had gone on the
offensive, threatening in an uncouth language to take over Anambra
State and jabbing an insolent finger in the eye of Ndi Anambra in a
manner that could not have gone for too long without a response. He
took it rather too far when he promised that “We are also going to use
the Anambra election to show that APC has arrived Southeast.” That
fatal comment is a pointer to the undisguised plan of APC to deploy
conventional and unconventional means to force their way into the
government house in Awka later this year. It is therefore a note of
warning to Ndi Anambra who find a great deal of pride in the great
legacy that Chukwuemeka Odumegwu Ojukwu left in the All Progressive
Grand Alliance (APGA) which has withstood the relentless assault of
all manner of political gang-ups to date.

The Minister of Labour, Senator Ngige felt that Okorocha was
outshining him in his own turf and picked up the inflammable
commentary where the former left it. He boasted that APC would
demolish the iconic flyovers built by the governor of the state in
Awka because they were a regrettable obstruction of the federal
highway. Senator Ngige issued other annoying threats also but to talk
about pulling down the three flyovers on the ground that they were
obstructing access on a federal highway that had been abandoned by the
federal government for thirty years was not only irresponsible but
provocative.

And sadly, because these incendiary comments by Okorocha and Ngige
were not sufficiently challenged by Ndi Anambra; the volume of threats
is growing in more decibels. The latest threats came from the former
governor of the old Anambra State, Chief Jim Nwobodo who is leading a
7-man Committee of political vampires set up by the APC to annex
Anambra State by any means necessary.  Like others before it,
Nwobodo’s Committee has been issuing threats to forcibly wrench
Anambra off the grips of APGA and hand it over to the marauding APC to
cement the total annexure of Igboland by the invading army. Never
before has South East Nigeria heard the verbal violence currently
being spouted by the APC leaders in the region with regards to the
Anambra gubernatorial election. There is not the slightest attempt to
disguise the fact that its approach is essentially intimidation or
that it is hell-bent on foisting an electoral heist on the people.

Two things are involved in the recent APC invasion of Igboland. One of
them is the thirst for conquest by the coalition that formed the party
– the same coalition that came together in 1967 to crush the economy
of the old Eastern Region which was widely regarded then as the
fastest growing economy in Africa. The other one is the pride of the
Igbo man and his wish to preserve what is left of his pride and his
political heritage. As it stands now, the conquerors are wetting the
ground for an ill-fated assault on Anambra State. And once again,
Senator Jim Nwobodo is leading the charge. It is saddening to recall
that Nwobodo who’s greatest infamy is that he rose against his own
people at the PDP Convention in Jos in 1999 and spoke Hausa Language
to deny Dr. Alex Ekwueme the chance of emerging the party’s standard
bearer in the campaign that produced the Obasanjo presidency has not
truly repented. Even in his twilight years, Nwobodo has continued to
lend himself quite easily to the enemies of the Igbo. As for Kalu; his
antecedents are well known. He left Abia State in a decrepit state
after eight wasteful years in which he danced himself lame; careering
from one controversy to another. Kalu is all politics and not enough
leadership. These two leaders whose political careers have since
tipped over into the setting sun are leading a retinue of other
never-do-well politicians on a ruthless assault on Anambra State; the
pride of the Igbo man! These two political wolves are determined spit
on the grave of Ikemba Nnewi and all of our great ancestors who put
their lives on the line to preserve what is left of the dignity of
Ndigbo as a global race! Tufiakwa!

Chuma Igbanugo is an Onitsha based Attorney