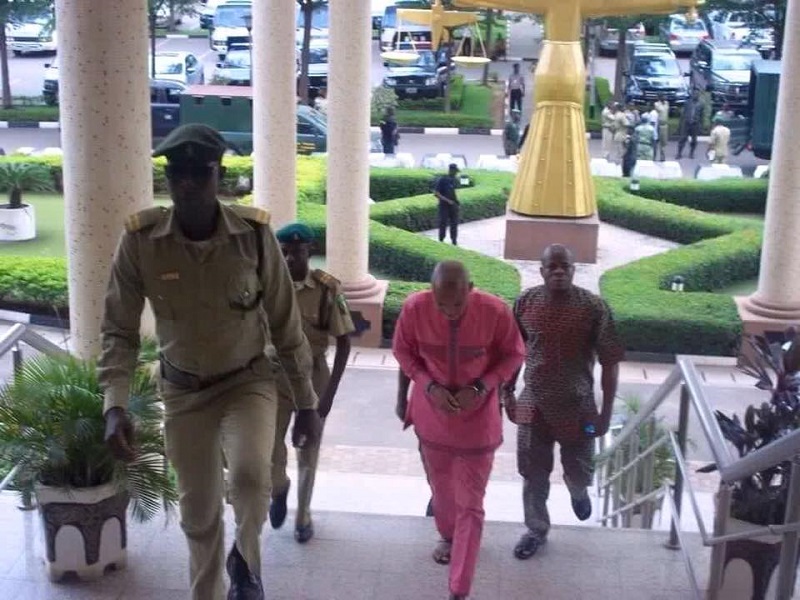 The South East Caucus of the Senate, Thursday met and agreed to take the leader of the Indigenous People of Biafra (IPOD), Nnamdi Kanu on bail.

The emergency meeting, which held at the Apo Quarters residence of the Deputy President of the Senate, Senator Ike Ekweremadu, according to reliable sources privy to the meeting, was essentially to discuss the stringent bail conditions granted Kanu by Justice Binta Nyako of the Federal High Court, Abuja on Tuesday.

It will be recalled that aside other tough bail conditions such as producing a Jewish leader, Justice Nyako had ruled that Kanu should also produce a “highly placed person of Igbo extraction such as a Senator”, as well as “a highly respected person who is resident and owns landed property in Abuja”.

The sureties are to deposit N100million each.

The source said that the South East Senate Caucus had also made contact with Nnamdi’s lawyers on the decision to ensure that his bail is perfected.